French is an important language of New York City, and it's not the only one. With speakers of approximately 10 percent of the world’s 6000-7000 languages, the New York metropolitan area is the most linguistically diverse urban center in the world, probably in the history of the world. From a thriving Algonquian language in pre-contact times, Lenape today is down to its last native speakers, but there are efforts to revitalize it, despite the sea of surrounding non-Indigenous languages with their own complex histories. Beginning in the colonial period, local languages were overrun by European languages, and by the early 20th century, New York had become a quintessential product of large-scale pan-European immigration.

Now, in the 21st century, New York City is hyperdiverse, with arrivals from areas of deep linguistic diversity across the globe, from the Himalaya to West Africa to the Indigenous zones of Mexico and Central America. Among its residents the city can count speakers of languages found virtually nowhere else, but the pressure to switch to rising world languages — like English, Spanish, Mandarin, Arabic, and Hindi — is intense.

Since 2010, the Endangered Language Alliance, motivated by worldwide language endangerment, has worked with speakers of over 100 distinct endangered and minority languages, including Lenape, an Indigenous language whose traditional territories include what is now New York City.

This mapincludes nearly 700 languages and dialects confirmed to nearly 1200 significant sites, including neighborhoods, community institutions, restaurants, and other locations where there is, or was, at least one speaker. In terms of geographic diversity, approximately 38% of the languages shown are from Asia, 24% from Africa, 19% from Europe, 16% from the Americas, and the rest from Oceania and the Pacific.

This map comes out of the project Mapping Linguistic Diversity in a Globalizing World through Open Source Digital Tools, a new collaborative partnership between the University of British Columbia and the Endangered Language Alliance. Core support comes from the Peter Wall Institute for Advanced Studies Wall Solutions Initiative.

You can visit this remarkable resource here:https://languagemap.nyc

Bleu Blanc Rouge NY is based on a unique concept: proposing Summer camps with daily French classes, a lot of art and an assortment of many other activities such as sport, museum visit, dance etc.

We welcome kids aged from 3 to 11 years old, with or without French background, to teach them or make them improve their French in a very fun context. At Bleu Blanc Rouge NY, we truly believe that learning while having fun is the most effective way to learn, so that's what we seek to do. All our teachers come from France and are bilingual in order to ensure a communicative and effective teaching.

Moreover, our camps seek to promote a value that is, today, essential: protecting the environment. For this, we wanted to direct our activities around that idea and our artistic workshops around recycling using a majority of recovered material. Therefore, this initiative makes it possible to link entertainment and engagement, two concepts which are finally not very distant.

Joining Bleu Blanc Rouge NY's camps is the guarantee of a program that actually works and will make sure to give your child an unforgettable moment!

Registrate now or take a look at our website for more informations. 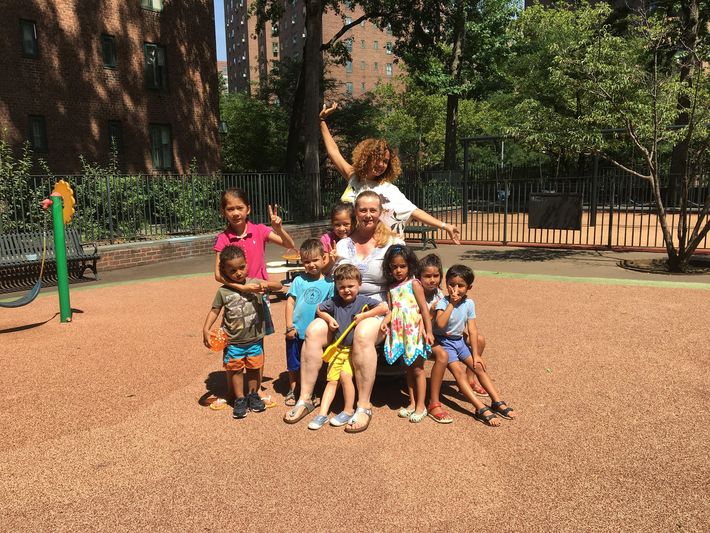