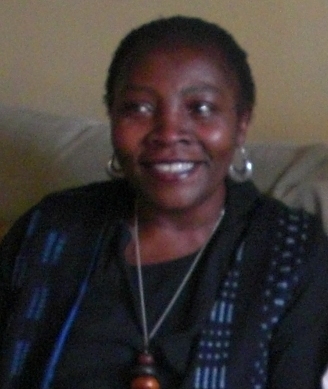 Towards the end of 2010, I wrote about Vickie Frémont on this site, as well as on my blog,Away From Africa. Vickie is a French designer, born in Cameroon, raised in Africa and in France.

Ten years ago, at a crossroad in her life, she decided to move to New York City to manage the Museum for African Art store, sourcing merchandise from various African countries. A few years ago, she created her own business once more, in Manhattan, and specialized in two areas: jewelry inspired by Africa, using noble materials from the continent, and artistic recycling, teaching children and adult how to re-use discarded objects and trash to create new and beautiful objects. Vickie Frémont's Art and Recycling program caught the attention of the Alliance Française (world-side French Cultural Association), who invited her to tour Peru for six weeks, in October 2011.

During this very fast-paced trip, Vickie taught workshops in Chiclayo, Trujillo, Piura, Arequipa, Iquitos and gave several conferences in universities and Schools of Fine Arts in Chiclayo, Arequipa and Trujillo. This trip was so successful that Vickie was once again invited to Peru in the spring of 2012, during the Month of the Environment (Festival del Medio Ambiente). 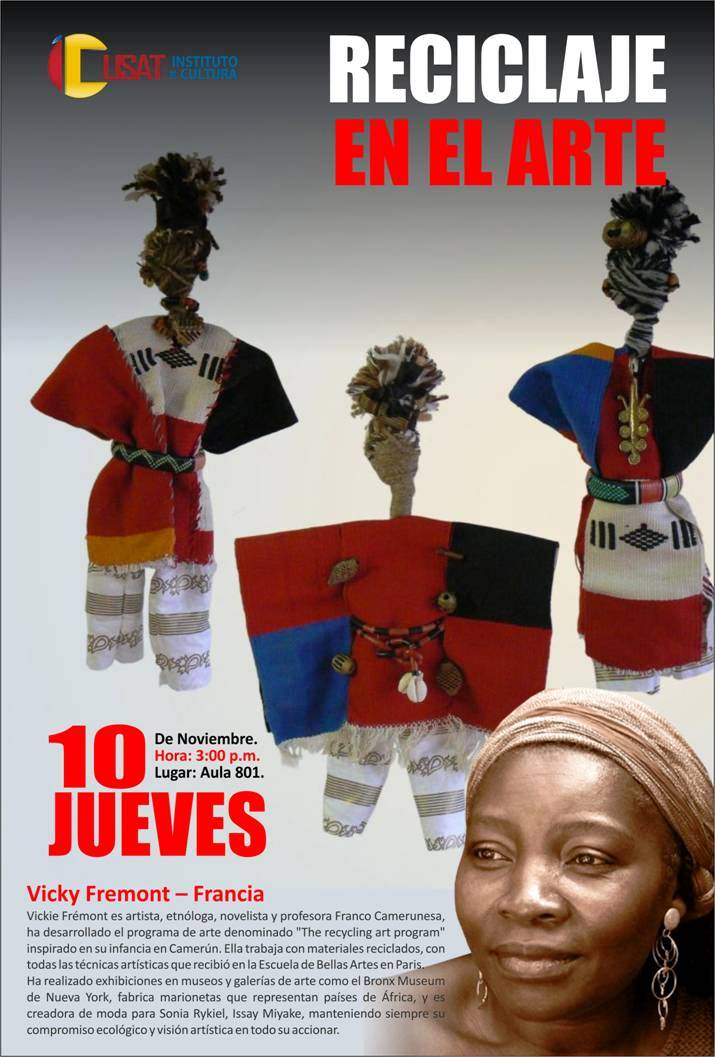 Again at a fast clip, from Chiclayo to Trujillo in North Peru, Arequipa in the mountains, Iquitos in Amazonia, and Cusco right over the Machu Picchu (a world heritage site), Vickie taught workshops in each Alliance, and worked in Trujillo and in Arequipa with students from the  technical university Tecsup for a week. Using the theme: Environment and Art to Recycle as a challenge and a means towards personal development, this series of workshops with the Tecsup students resulted in a professional-level exhibition, even through the students only had one week to prepare. «Arte y Recyclaje: Manos de Creadores» was shown from June 16 to 27 in a prestigious gallery in Trujillo. The exhibit was inaugurated by Jean-Jacques Beaussou, Ambassador of France in Peru, and Paul Elie Lévy, Director of the Alliance Française in Peru. 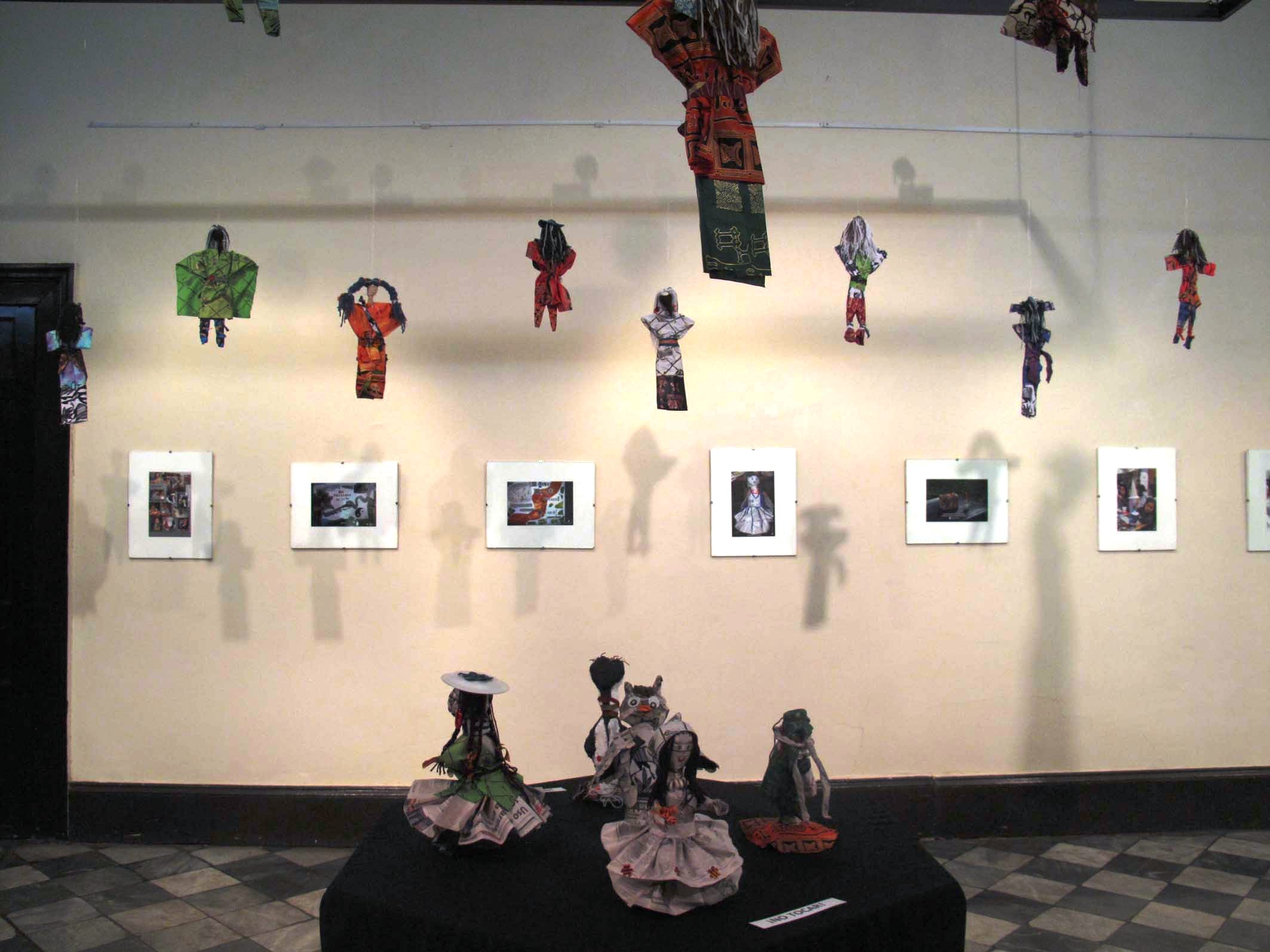 Vickie received an honorary degree and a medal from the Palabra de Mujeres program, "in recognition of talent, of creativity and her contribution to Peruvian society." Amongst other noteworthy events, Vickie taught adults and children in a shopping mall in Chiclayo; the results were artistic objects made out of plastic bottles, forks, and dishes. She guided visually impaired students at the Trujillo Alliance Française, making puppets out of hangers; during one week, she worked at the Iquitos Alliance with a group of about twenty deaf young people, exploring along with them all possible ways of creating art out of recycled materials, such as cardboard boxes, plastic bottles, old posters and more.

In Cusco, through a nonprofit, she worked with indigenous young women who lived in the forest, using the same recycled materials. It is noteworthy that even in shopping malls, people were enthused by Vickie's workshops. Initial skepticism, especially in a mall where people go to consume rather than to create, gave way to enthusiasm at what could be accomplished with such humble materials. 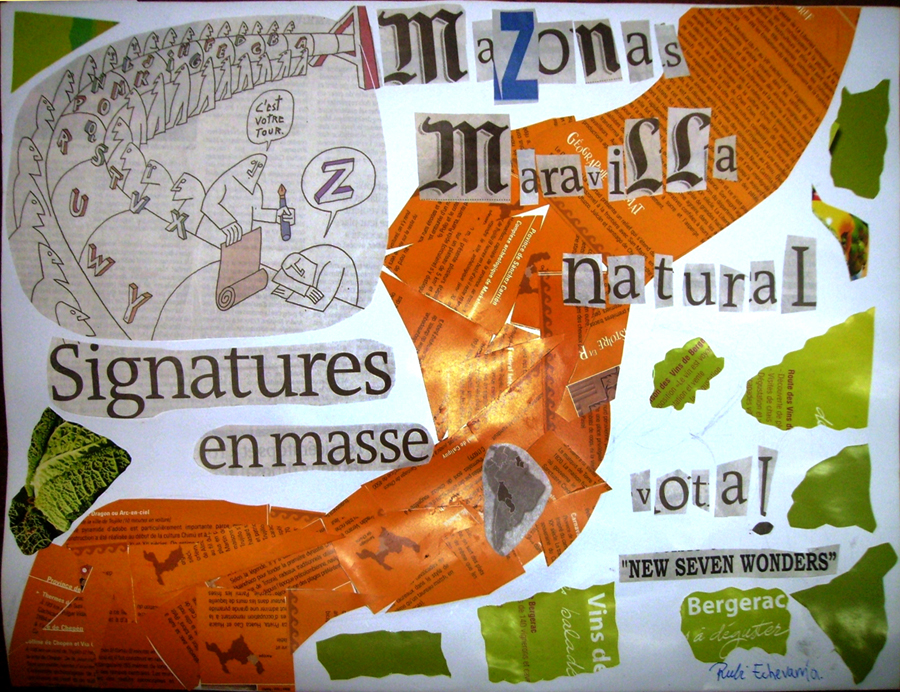 We would like to congratulate the Alliance Française for this original initiative, so useful in the struggle to preserve our environment; and we sincerely hope that Vickie Frémont's art and recycling classes continue on a world tour!

This article in French