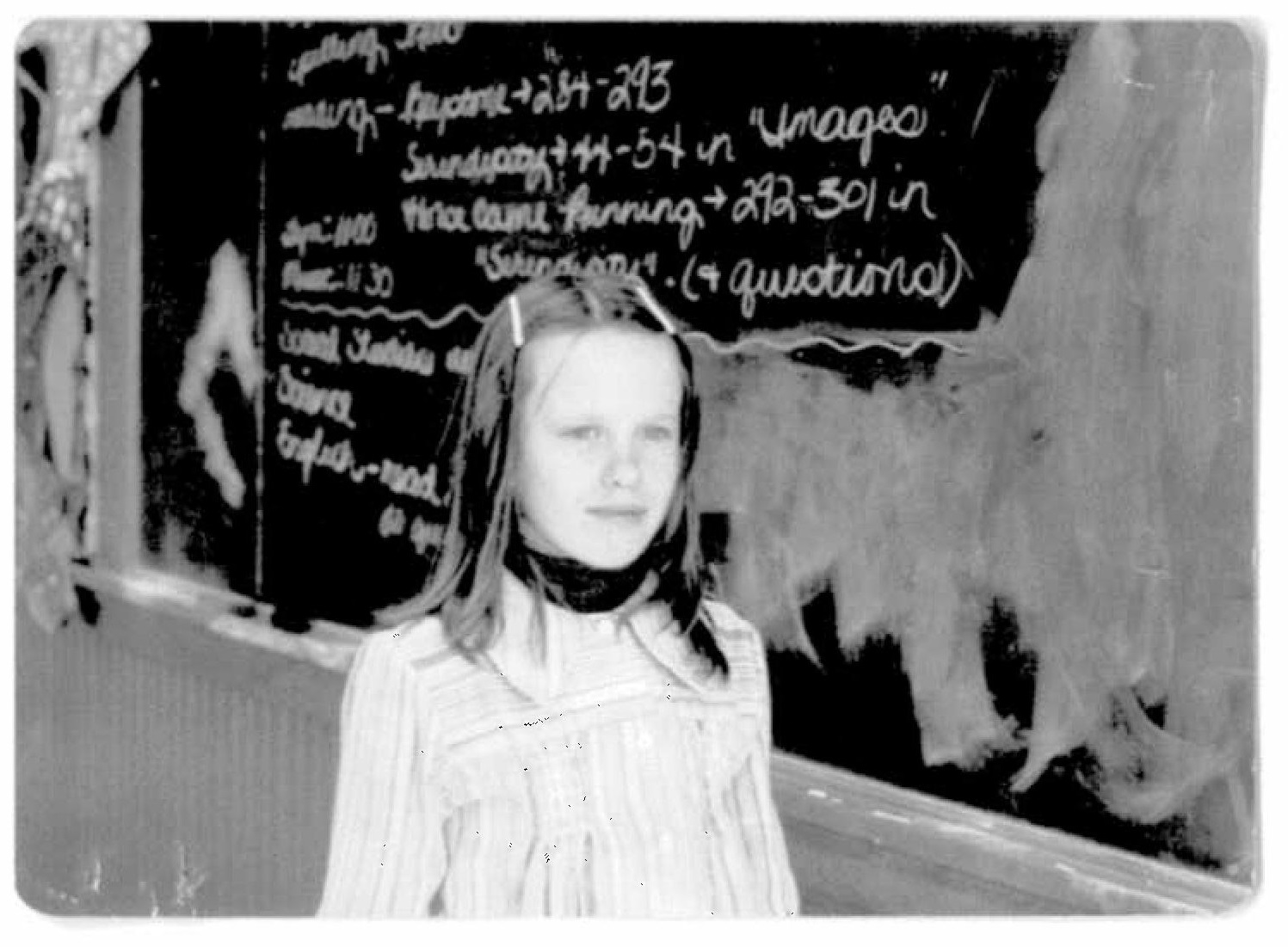 In 1977 when I was eleven years old, I began studying French in an immersion program in the Milwaukee Public Schools. By that time, the school system already had a long-standing reputation for being progressive with integration, busing, a variety of specialty schools and now, foreign language immersion (French, Spanish and German). It was a Golden Age in Milwaukee schools. Students had to have good grades to be accepted into the second year of the program in the 6th grade at Fourth Street School (now called Golda Meir School), and the class had to be diverse. Half of the day would be spent speaking only French and using it to study language, reading, social studies and mathematics. The other half would be spent doing coursework in English. I remember well the excitement of looking at our textbook—meant for primary school children in France—and wanting to understand. During those first four intense months, I was in darkness. Although I did the homework and went to class, I was confused and frustrated. My grades reflected it, too. I felt terrible. One day in January, it was as though a light switch had been flipped, and everything became clear. From then on, I wanted to know everything. We learned songs and poems, played games, read history, wrote short pieces and went on fieldtrips (once to see the Truffaut film, “L’argent de Poche”). The program was to be continued in a different form in middle school and high school. It was a good beginning. 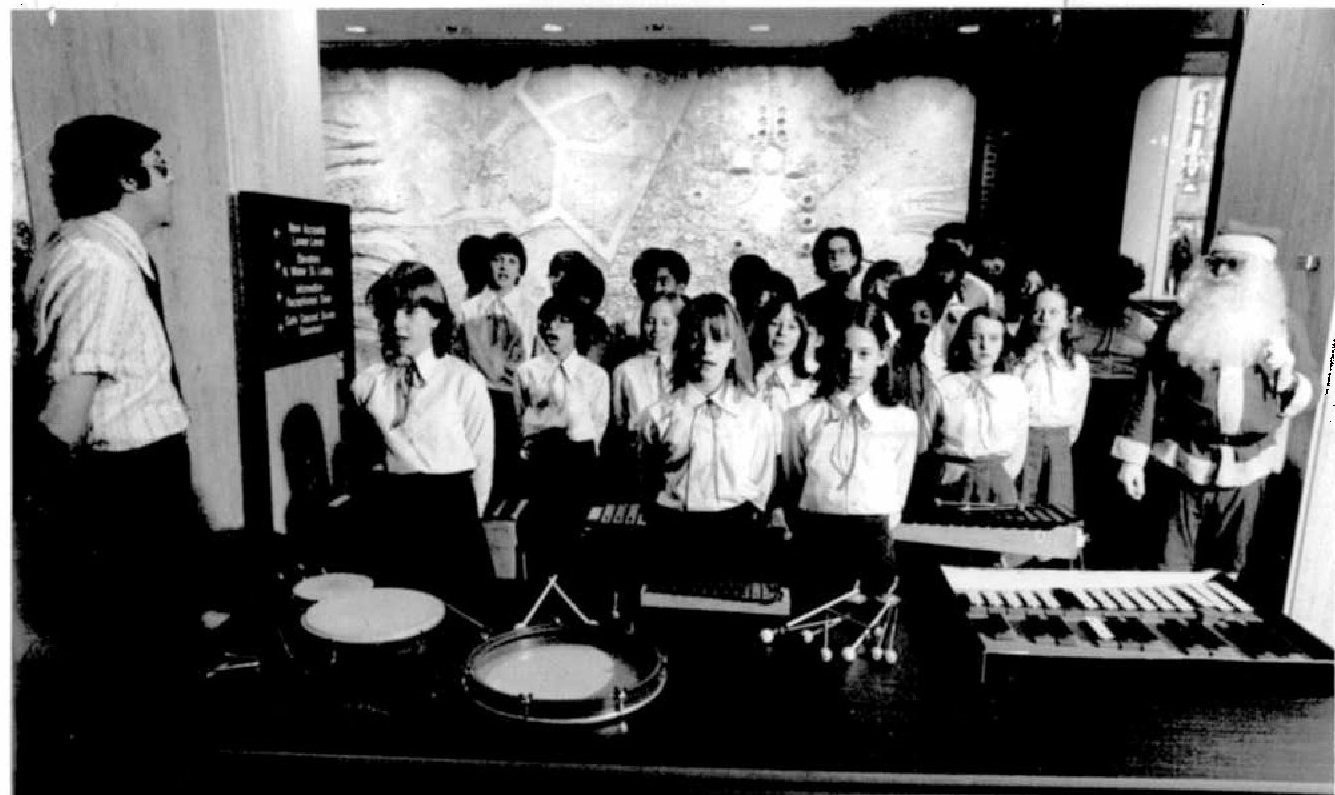 Coming out of a shell

Since those early days, I’ve benefitted in many ways from that early education. Learning French was like playing and a way to satisfy my curiosity. If I made mistakes in speaking or in writing, someone corrected me—or I corrected myself after realizing—and kept going without any embarrassment. This sense of play never left because I had found something exciting, interesting and limitless—or maybe it had found me.

It also helped me to overcome my shyness. Being good at something at a young age gave me some self-confidence when it was all too easy as a shy girl to have none. Speaking French was a safe place where I could be different and disassociate myself from who I was. The French-speaking girl was not the American girl. She could be outgoing and say what she thought without fear of saying the wrong thing.

Learning French improved my understanding of English, helping me to see it with a different perspective, and affected my own writing. It also increased my interest in the world and made learning other languages easier. Maybe the brain has an easier time of it? The jump from English to French can be hard, but going from French to Spanish is easier. Don’t get me wrong! Learning Spanish took a lot of work, but its similarities to French made the transition smooth.

Travel, College and the Foreign Service

Studying and loving French also molded the direction of my life and brought many opportunities.

In 1981, I sold candy bars (and my mother helped, too) to pay for a trip to Quebec and Montreal with Mr. Lintereur, my first French teacher, and other former students. In those early years, I also entered French poetry and pronunciation contests sponsored by the American Association of the Teachers of French with positive results.

The year before, I met a French girl who was visiting my high school. Her parents invited me to spend a summer with them in a town outside Paris. My mother said that I could go if I kept up my grades and got a job to pay for the ticket. I agreed—not about to let the cost of a plane ticket keep me from a dream—and when I turned 15, she and my high school principal gave permission for me to get a job (required for anyone under age 16). I worked at a diner close to home with my older sister and some college students. Behind the scenes, my grandmother encouraged me—a woman who rarely in her life had gone far from her small town, but who read National Geographic every month and had “Les Glaneuses,” a painting by Jean-François Millet, on her living room wall. “Did you put your paycheck into your savings account?” she asked. “Did you apply for your passport?”

In the summer of 1982 during the World Cup in Spain (with the best French team ever), I spent two months speaking only French and traveling around Paris with a caring French family. During those travels, I kept a journal of the people, places and experiences, everything new and different. I came back changed and quieter, more mature and driven. Since my high school was not part of the immersion program, I took a few classes at the University of Wisconsin-Milwaukee and some tutoring with a retired professor, Renée Lang, from Marquette University. She required dictation every week (to connect the sound to the written word) and introduced me to great literature, herself being a Gide and Proust scholar. At the time, I didn’t know how special that was.

In 1984, I was admitted to the University of Chicago due in large part not to grades, not to SAT scores or essays, but to this passion for French that set me apart and showed a certain determination. I took a placement test that placed me out of two years, and the director of the college French Department interviewed me in French before giving his approval. Other college opportunities included a scholarship given by an organization in New York to attend acting workshops at the Festival of Avignon in southern France and a senior year abroad in Paris, both of which came my way because Gerald Honigsblum, the director, had suggested that I apply.

I went on to graduate school where I studied Spanish in a summer immersion program and worked toward an M.A. in international policy studies while taking classes in French and Spanish. As a Department of State summer intern, I worked at the U.S. Consulate in Bordeaux and lived at a maison pour jeunes filles, a dorm-like living arrangement run by nuns for young French women doing internships in the area.

In graduate school, an English woman offered me a job at $10 an hour, a fortune to me at the time, to sit with her husband, a Frenchman, who had Alzheimer’s, while she went to church every Sunday for three hours. While eating breakfast, he spoke to me in French, asking each week who I was and why I was there, not remembering me, but recalling in detail his time as a soldier during World War II and stories about the French Resistance.

None of these experiences could have occurred without the early foundations of French language. And I don’t believe that we “lose” language ability, no matter our level. It’s waiting, stored away until a situation or a visit abroad draws it out, even if it takes time.

Today, 37 years later, I’ve had the chance to travel to other countries and now teach English, writing and communications in a program for internationals at the University of California, Irvine (Extension). My students come from all over the world, some from France and all phenomenally brave and strong in English.

I realize that I was lucky to have had the chance to study French in an immersion program, lucky to have had something to fall in love with. The program was well-developed, my teachers were excellent and passionate and my parents and step-parents were very positive and supportive. Aside from the immeasurable benefits of meeting many people, I can still sing the old French drinking song, “Chevaliers de la Table Ronde,” which served me well in France a few times, recall verb conjugation because of constant drilling by a Chicago professor and recite French prose and poems whose beauty still brings me to tears.

To reach Marjorie, go to www.marjorierobertson.com.