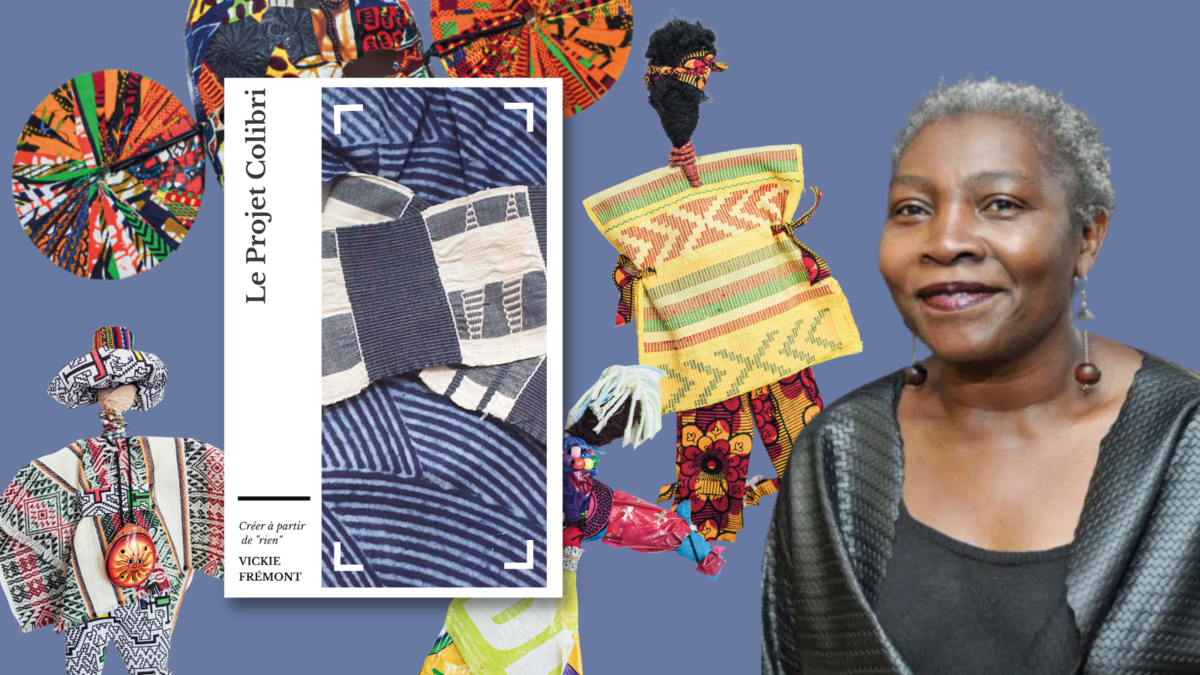 Vickie Frémont's new work from TBR Books is part memoir, part instructional guide, taking the Native American legend of the hummingbird and creating a deeply personal learning tool that Frémont uses to touch the lives of all around her, and her own. In the Francophone world, Frémont identifies with many African countries that speak French and with, as she puts it "French culture, not France," calling herself nevertheless, carrément, "French".

Born in Cameroon, she lived in 13 different countries before coming to the U.S. twenty years ago. With a French father and one side of her family living in Normandy, her French education has been a throughline wherever she's been. In this way, she says, "My thinking is very French." Despite this, she is "from everywhere," without one sole community that defines her; she is at home everywhere, she assesses, when I ask her to tell me her geographical history.

She began to write The Hummingbird Project (Le projet Colibri in French) at the beginning of the pandemic, to document her work as an artist-educator implementing workshops on creating artworks with recycled products. This describes the way she teaches in these workshops. She adds, "The Hummingbird Project is me." She explains that the legend of the colibri, a small bird from the Americas, is an indigenous one, telling of a bird who shows the other animals that it's possible to make a difference even with the smallest action when a fire ravages a nearby forest.

Frémont expands upon this central motif in her work by explaining that the legend of the colibri and her life's mission is to “help you open your eyes, even if the little bird doesn't put out the fire.” There exists, as well, a symbiotic relationship between one's inner and outer worlds in her Hummingbird Project workshops. Frémont continues by saying she had been reading Doris Lessing's book Mara and Dann, which entails a return to the wild in a post-apocalyptic world. When a father and his children are without electricity, Fremont recounts, the father, in exploring nature with his daughter, asks her “What did you see?" ‘What do you see?” Frémont asks students, in return, in her varied workshops with reclaimed materials used to create art–everything from papier-mâché masks to puppets. “When you see outside, then you can see what's inside,” Frémont observes and instructs.

She goes on to say that the legend of the colibri is really concerned about women in the world. Her aunt was an ambassador in Cameroon; she cites South-African singer-songwriter Miriam Makeba as an influence; as well as Kenyan stateswoman Wangari Mathaii , who reforested arid sections of Africa and won the Nobel Peace Prize for her efforts; so Frémont is tapping into the power of something greater, yet of which she is a part of–the lineage of the African woman. It was, in fact, Mathaii who inspired Frémont, as the former, when asked about her replanting efforts in the so-called Green Belt, spoke of the hummingbird.

When I asked Frémont how her academic background in anthropology informed her work, she answered that her passion for the African continent, its history, culture and art comes through in some of the objects she chooses to create, such as masks and puppets. She connects masks of the Côte d’Ivoire and their ethnology to an exhibition she is invited to do during a tour with the Alliance Française in Mexico City at the Zacatecas Museo Rafael Coronel (dedicated to Mexican masks). In this show, she is going to explore the differences and similarities between Mexico and Africa.

One workshop she did with, of all “students”, a group of Wall Street traders, was centered around creating Cameroon Elephant masks (masks with prominent ears). But, she says, there remains much to investigate in the fabrication of these artworks and in the discovery of the tradition from which they come.  In the newly released Le Projet Colibri (The Hummingbird Project, you can see these masks, as 90% of the images in the book are taken of actual artistic products done by students in Frémont's myriad workshops. Or, as she put it, what happens when you “translate what you see with your hands.” Other workshops include Frémont making puppets with abused women, where they discussed the puppets made by the peoples of Nigeria in preparation for their own handiwork. For Frémont, especially during the pandemic, education is about stopping and looking around. “Calm yourself and look. Use your two hands to reproduce what you see.” She sees the benefit of learning more than one language, a principle of her publisher, TBR Books’ parent organization, CALEC, as “opening doors.”

Because of her knowledge of Spanish, she is able to get around better in the New York City borough of Queens, due the high population of speakers from the Spanish diaspora. When going there, or to Harlem, she finds that immigrant children are glad to speak with her in their native language. It is this type of simple, yet effective, act that second-language learners the world over engage in every day. It is this type of simple, and brave, act of a little bird that inspired The Hummingbird Project.

Order the book with coupon code NDI10 on tbr-books.org