"Walls and Bridges", the yearlong Franco-American cultural and social sciences series presented in 2011, is return in g  to New York for season 2 from April 11th to 21st. Over the course of three 10-day seasons, "Walls and Bridges" will present nearly 50 cultural events, combining nearly 100 speakers and artists, 30 cultural partners, and over 20 ve nues all across New York, ranging from art and film galleries to cultural institutions, theaters and universities—and unorthodox sites such as a restaurant and other surprises.The central theme for Season 2 is “Freedom and Rights”.

Independence in Africa: Illusions and disillusions

Alain Mabanckou, Winner of 2006 Renaudot Prize, has been called "the most prolific cont 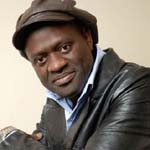 emporary writer in the French language”. Born in Congo-Brazzaville, he is revered for celebrating African life and politics in a humorous and tragic way. The music of his words, which combine a distinctive African oral tradition with a jubilant sense of humor, has won Mabanckou a wide readership. Translated into 15 languages, he has become an iconic success story of literary globalization, currently dividing his time between Paris and Los Angeles, where he teaches literature at UCLA.

BeatHippiePunk and the French Connection: Richard Prince at the Bibliotheque Nationale 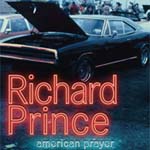 Robert Rubin, curator, presents ‘Richard Prince: American Prayer’ on view at the Bibliothèque Nationale de France through the end of June, 2011. Contemporary artist Richard Prince's collection of rare books and manuscripts, around which the show is organized, is the point of departure for the discovery of many surprising connections between Beats, Hippies, and Punks and their Gallic counterparts. Featuring: Adam Gopnik, writer and essayist, The New Yorker magazine; Charles Kolb, President of the Committee for Economic Development; Rosemary Feal, Executive Director of the Modern Language Association and Professor of Spanish in the Department of Romance Languages, University at Buffalo, SUNY; Souleymane Bachir Diagne, Professor of French and Philosophy at Columbia University; and Antonin Baudry, Cultural Counselor, French Embassy in the U.S.

Does French still matter? If so, why? This roundtable discussion is a response to recent concerns about the status of the study of French and other foreign languages and cultures in U.S. higher and secondary education at a time of increasing globalization. Five leading voices in different fields bring a variety of perspectives to bear in a lively discussion about why French matters today. 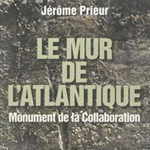 From 1942 to 1944, the building of the Atlantic Wall was at the heart of the policies of Vichy France, the most important and incriminating economic collaboration during the Occupation. This documentary explores the history of the Atlantic Wall, an extensive system of fortifications built by the Nazis along the western coast of Europe. Presented by director Jérome Prieur, with commentary by Emeritus Professor Robert Paxton.

Memory and Memorialization
A Doctoral Colloquium 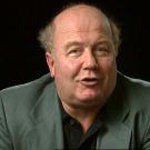 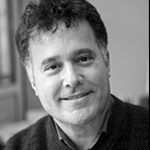 Lecture by Mireille Rosello (University of Amsterdam): Fouad Laroui is a Moroccan writer, engineer and economist. His first novel Les Dents du topographe (Julliard 1996) tells about his life in Morocco with the distance he acquired through his European exile. Rich with comic and descriptive juxtapositions of traditional Moroccan culture with the intriguing terminology of the Western world, his works make for comic and bittersweet stories of the changes that propel an individual, a family, and a village in Morocco onto the path of modernity. Laroui's last novel Une année chez les Français (Julliard): was listed on the 2010 longlist for the Prix Goncourt. He lives and teaches in Amsterdam.

What it Means to Belong: Second Generation Immigrants in France and National Identity
Patrick Simon and Angéline Escafré-Dublet In France today, more than 92% of children of immigrant parents attain French nationality. But do they share the same feelings of belonging as the mainstream French population? This presentation will analyze findings of a major survey carried out in 2008-2009, exploring different understandings of citizenship and belonging. Patrick Simon is Director of Research at Institut National d'Etudes Démographiques (INED), a visiting scholar at the Russell Sage Foundation and a 2010-2011 Fulbright Fellow. Angéline Escafré-Dublet is a post-doctoral fellow at the Center for International Studies and Research (CERI), Sciences Po.