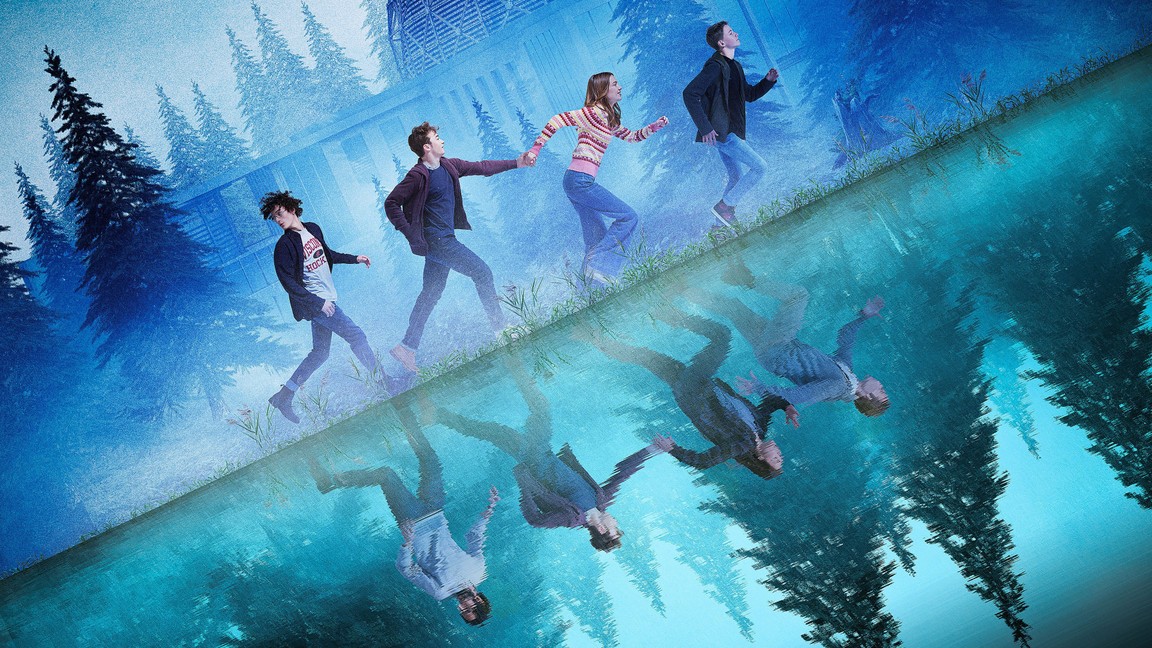 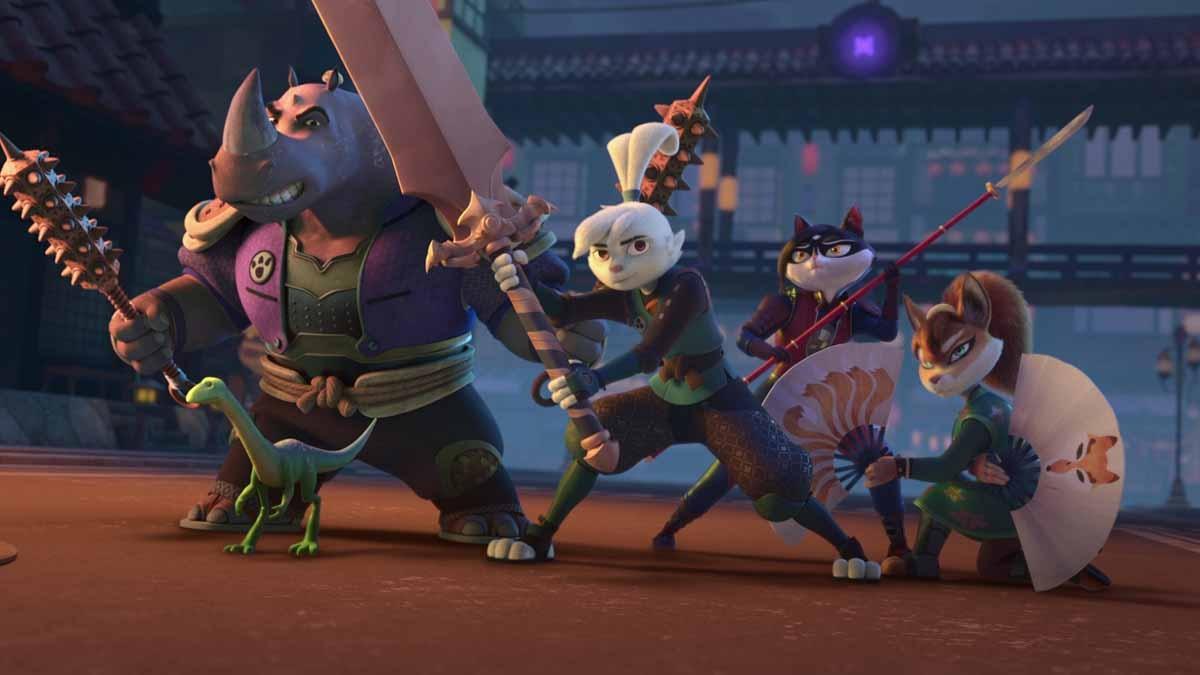 A teenage rabbit eager to become a true samurai teams up with his new warrior friends to protect their city from Yokai monsters, ninjas and evil aliens.

Available on Netflix (#tip: make sure to click on "Subtitles & Audio" and select audio in French!) 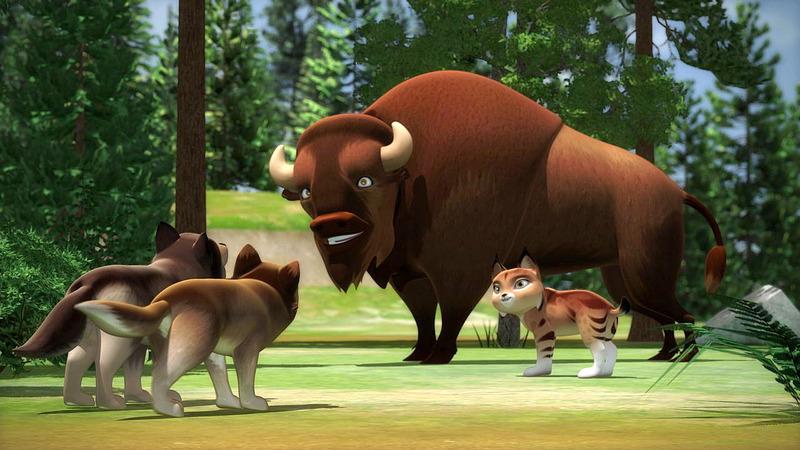 Meet Wanji, Nunpa, Yamni and Topa, four wolf-cubs who live with their parents Winyan and Wicasa amidst a wolf pack in the plains and forests of North America. Their friend Tatonka, the lone bison, initiates them to a world unknown to wolves: they will have to learn to live outside the family, sometimes in a hostile and totally surprising environment. 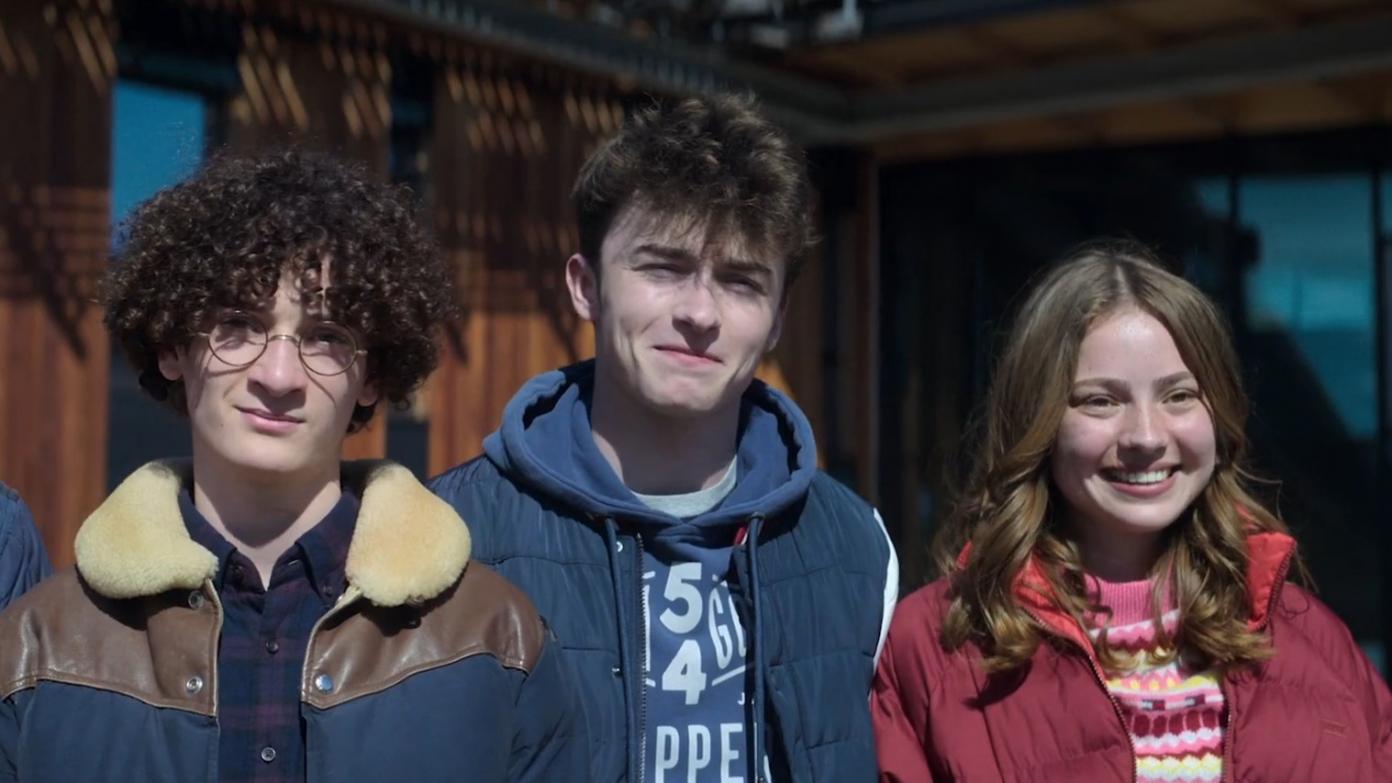 Four childhood friends, Sam, Bilal, Romane and Victor, are leading a calm existence in a peaceful village in the mountains when a mysterious event turns their worlds upside down. In a split second, the universe discards its rules and reshuffles everything: the present, the future and multiverses merge, separating the teens and sending them into parallel worlds, in different time frames. They set about trying to fathom out what happened and strive to find each other and turn the clocks back, to return to the world "they used to live in." Facing their potential destinies will be the opportunity to grow up and to see things a new way, as their parents will or as Lieutenant Retz will, having to deal for the first time with an investigation challenging his scientific mind.

Available on Disney+ (#tip: make sure to click on "Subtitles & Audio" and select audio in French!) 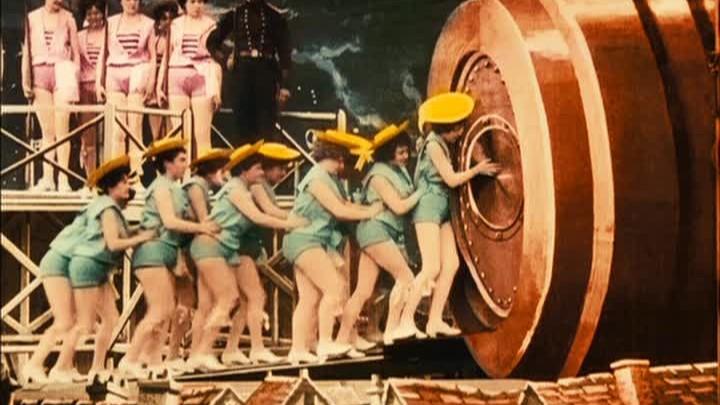 Trip to the Moon by Melies

Professor Barbenfouillis and five of his colleagues from the Academy of Astronomy travel to the Moon aboard a rocket propelled by a giant cannon. 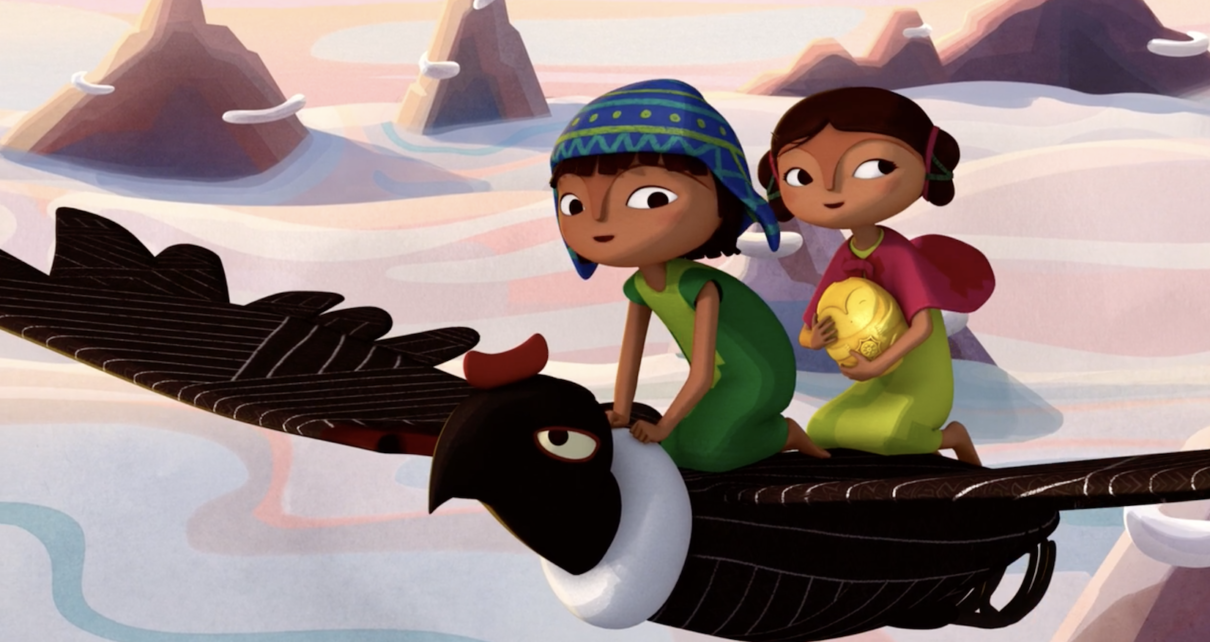 16th century – Peruvian mountains. Tepulpaï, a mischievous ten-years-old, dreams of becoming a Shaman. But according to the great Shaman of his village, the boy still lacks concentration and maturity. Besides, the village has other concerns: the Great Inca is furious that a big part of the last harvest was wasted in offerings, and decides to confiscate the villagers’ sacred statue the Huaca. The Huaca, however, is essential to the Village’s balance, especially now that the signs and omens predict the arrival of invaders from the sea. For Tepulpaï, it is the opportunity to show what he is capable of. He secretly leaves the village, determined to retrieve the statue and save his people.Luckily for him, Tepulpaï won’t go on this quest alone: his friend Naïra has decided to join him, whether he likes it or not…!

Available on Netflix (#tip: make sure to click on "Subtitles & Audio" and select audio in French!)