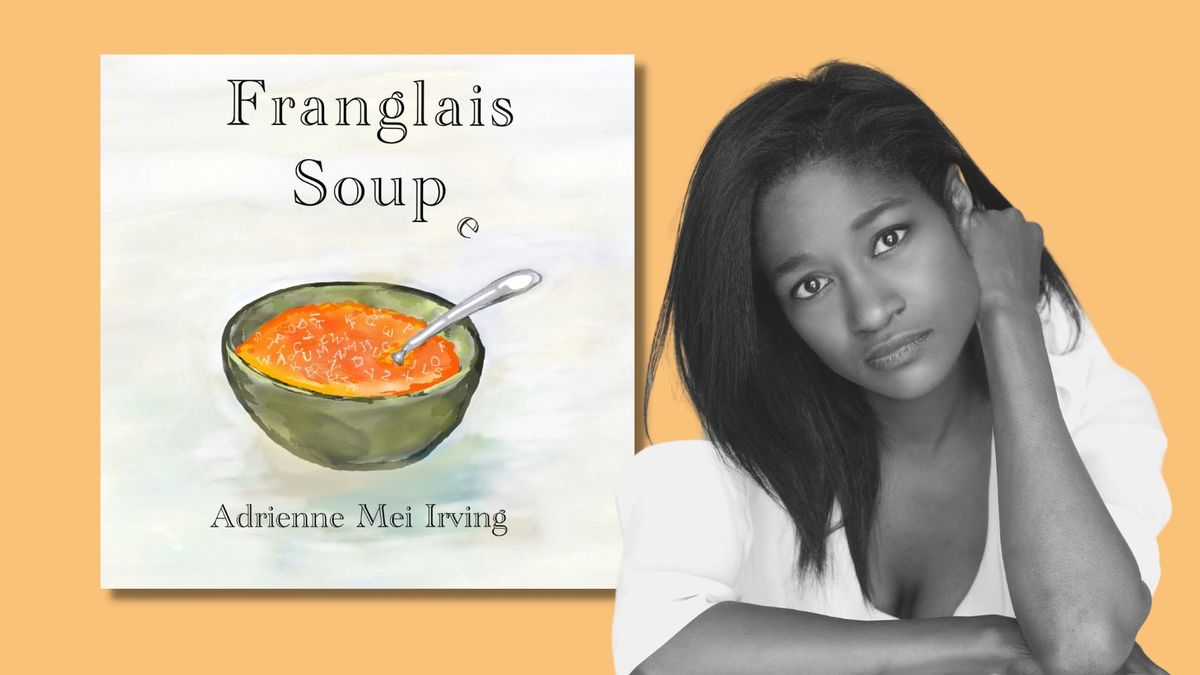 Many parents and educators today ask: "How do I engage children in fun activities without screens?"

This is precisely the question author Adrienne Mei Irving asked herself about her daughter while living in the southern port city of Marseilles, France. She began with a card game that involved words starting with the same letter. Irving told me she makes a book for her daughter each year at Christmas and decided that year to include the card game in the DIY storybook.

Irving says when she draws with her daughter, she tells her "when we paint, it's a mixture of all these different things that we have inside of us." When this particular year's edition of the gift was made, Irving printed one copy for her daughter and one for a friend of hers. An English teacher at her daughter's school gave great feedback, encouraging her to send it to a publisher. Through an acquaintance living in Connecticut, who is raising four bilingual children and (like Irving) a product of French immersion, Irving heard of CALEC and its publisher TBR Books as an emerging bilingual advocacy organization in New York City.

Not to be lost in the creative stew of this book, and in the wider language story, is Irving's training as a classical Shakespearean actor in Montréal at the National Theatre School of Canada (NTSC). Irving is a strong proponent of theatre, for "language education, in the making of this book, for my daughter's life."

When Irving herself started French immersion, in Toronto around age 5, she discovered she had a speech impediment, particularly a difficulty pronouncing R's. Upon seeing a speech therapist, she worked on exercises which emphasized rhythm and sound, even making up songs to remember concepts and facts learned in school. Her mother being a child psychologist, Irving was, in fact, encouraged to play a lot of games and to create stories with her siblings as an extension of this.

The author of Franglais Soup e finds that students (she teaches English to university journalism and communication majors in Marseille) are responsive to rhyme, describing Shakespeare's iambic pentameter as "the heartbeat that we all share." She also cites nursery rhymes, which are another literary form used for children, and their singsong quality that imitates a kind of music

"Rhythm and prosody," she offers.

A Latin student when she was in high school, Irving mentions the language's connections to poetry, referencing the translation section on the AP Latin exam, where there is much focus on verse and meter. "Roman poets would use meter to create visual imagery," Irving adds. "Rhythm allows everyone to join in even if you don't have all the vocabulary."

Harking back to the title of her book, we talk about the connotations of the word franglais. In Québec, where she has spent significant time, Irving says it is mainly used "in a pejorative sense as taking away from the purity of language." The author/teacher looks at the term on "the opposite end of the spectrum, as inclusion." The French students learning English that she teachers are afraid to speak because they don't have the vocab. She says "everyone makes mistakes–just jump in."

"You find you have a larger vocab than you think because of cognates (words that appear similarly in two languages). Correct and perfect the sentences and phrases."

To conclude our conversation I ask Irving for her definition of an educator. She responds "A generous storyteller who listens as much as they speak. We're all educating and being educated our entire life, even outside of school." For her, the importance of bilingualism is tied to the "richness of the human condition. The more languages, the more richness in your perspective, creating empathy. [Bilingualism] is a vital tool for travel and it's almost cultural anthropology. It creates textures and only makes us richer as humans."

Have a taste of Franglais Soup e, the mixture is wonderful.