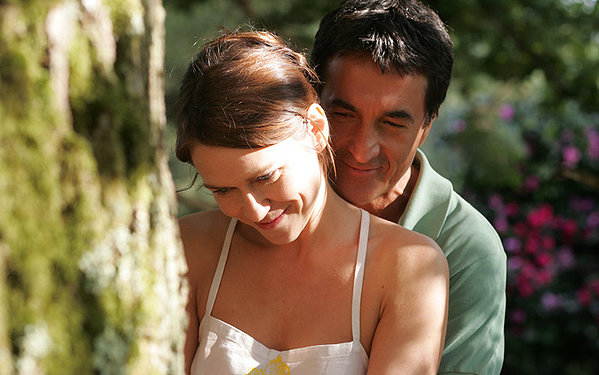 Although there is still one screening left in September, the Films on the Green Festival, sponsored by the Cultural Services of the French Embassy and the New York City Parks Department, which screens free French films throughout various parks in New York City, officially ended its fifth season last Friday, July 13th, 2012.

After going to every free screening Festival, it is a part of my summer that I am going to miss dearly. Needless to say, after immersing myself in French cinema over these past few months, there is definitely something I can attest to: whether they be comedies or thrillers, musicals or animated, French films are definitely more real than most American films I have seen, and the thriller film, Tell No One directed by Guillaume Canet is no exception.

I want this to be a “spoil-free” blog post, so I won’t go into detail to describe this part and that part of the film was; the film is distributed in the United States and is available on Netflix, so you can and certainly should watch it, especially if you are into thrillers or are simply in need of some amazing acting. I am definitely not a professional film critic, but I don’t believe that it takes one to feel the ‘realness’ of the film.

Pretty much, the protagonist, Alexandre Beck (Francois Cluzet), whose childhood love and then wife is killed during their vacation at their lake house, is still struggling to recover from his loss eight years later. His struggle is furthered by his seemingly apathetic and uncooperative nature with the police who consider(ed) him a primary suspect of the murder and by an unexpected email with a video of a woman who he believes to be his wife: is this a joke, or is she still alive? One of the most amazing scenes of the film is a police chase, during which you see the sweat underneath Alexandre’s armpits and on his back, as he attempts to dodge hundreds of cars between the renowned Périphérique highway. You also see him attempt to cross the highway and be detained because of another vehicle that suprised him, quickly approaching. – What would happen in ‘real life’. Another action film might have shown Alexandre’s hair perfectly styled, as he miraculously crosses the highway in one try without a single drop of sweat.

I, who usually tend to dislike thrillers and action films, definitely changed my biased opinion on all action films! And it wasn’t only because of the love story intertwined among all of the action; it was mostly about the vicarious experience of forgetting where I was, ignoring the gender differences, and actually being one with the protagonist and his struggle.

Trailer For "Tell No One"

Films on the Green Page