Deep in the heart of Bed-Stuy lays PS 3 or the "Bedford Village School." The school will open a French Dual Language Program next September. On the outside it looks like any old NYC public school. However when I took a step inside it was like taking a step into a different world. With only a few steps I saw a mass of people adults and children with smiles on their faces.

I was lucky the day I went was the Pre-K graduation. The first person I met was Mr. Mohney, a teacher, and the Principal Ms. Beecher. I chatted with them a couple minutes about the developing French Dual Language program, and how it got started. Ms. Beecher told me she surveyed first to see if there was interest in the program, and she got a lot of support from the parents. No DLP program is possible without parental support. Pictured here Principal Beecher and Ms. Niang, the parent coordinator - two of the stars that made this program possible

There are several reasons given by Ms. Beecher and Mr. Mohney for starting the French program. Some reasons include declining enrollment, and demographic changes. The French DLP program was a perfect solution for the school. Not only will it boost enrollment, but it's been making the parents get more involved. It seems the DLP program is helping to make a strong school even stronger.

Some quick facts about PS. 3 --- 91 percent of the students qualify for free lunch, and it's a Title 1 school. Title one meaning that the school tries to bridge the gap between low-income students and their counterparts. According to staff estimates 95 percent of the school is of African or Caribbean descent with French being a major language in their lives.

When I finally got to see the parents they were excited. I must admit I was quite nervous. They were really happy that the French program was coming to the school. The parents want their students to be fluent in English as well as French. Also lots of native dialects are spoken at home like Wolof, so the parents want to make sure their children  are multi-lingual.

Afterwards Mr. Mohney took me to meet Mr. Francois the ESL teacher at PS 3. Mr. Francois is from Haiti. He told me more about the program including studies that show the advantages of bilingualism. We briefly spoke on the differences between NYC's transitional bilingual model and the dual language model. The Dual Language approach uses French as a medium throughout your entire schooling, as opposed to being a heritage language to grow out of as is the case in a transitional bilingual program.

After chatting with Mr. Mohney and Mr. Francois I met Ms. Niang, the parent coordinator. She goes by many titles, but the school calls her their Angel. Fluent on 7 languages Ms. Niang is liaison between the parents, and the school. When the parents can't communicate with the school themselves they seek Ms. Niang's help.  She does it all in fact when I met her she was volunteering to move cars for parents and teachers so that they wouldn't get tickets during the graduation. If the French DLP program is ever to expand into other parts of NYC we need a Ms. Niang in every district. 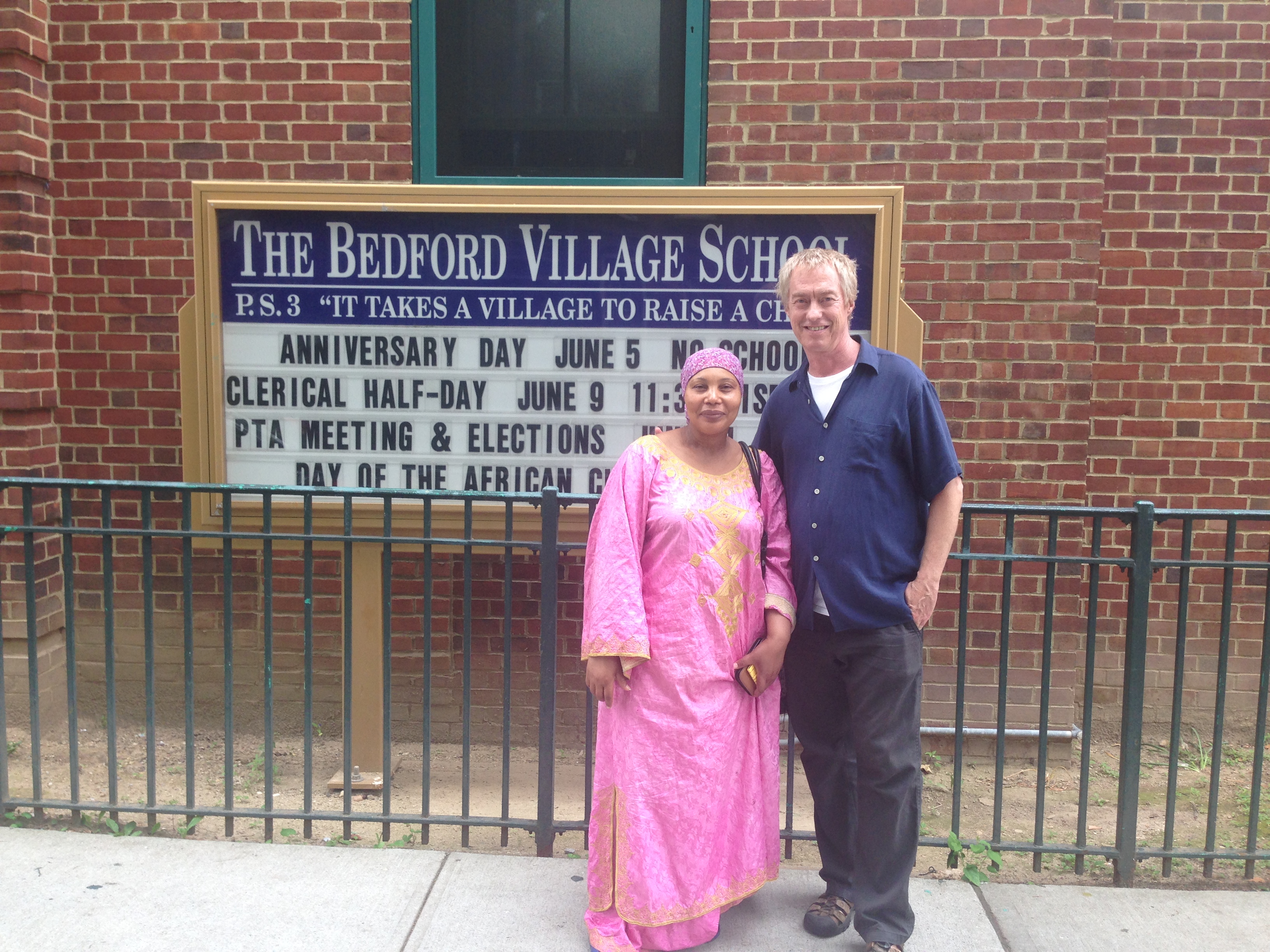 In this picture Ms. Niang, and Mr. Mohney In front of PS.3

After viewing in the graduation I got to see children interacting with the parents. The community is so involved everyone socializing and getting along. I felt so at home they really made my time pl I ended my time speaking to Ms Beecher, Ms Niang, and Mr. Mohney. They gave me some parting words and told me that I was welcome to come back anytime. Ms Beecher added that she supports this program so she sees longevity in it. In the pictures above and below you'll see the proud parents of the graduates. Most of these children will also be the students in the DLP program.

So as for the DLP program here are some facts with concerns to the program criteria for entrance etc. as with most 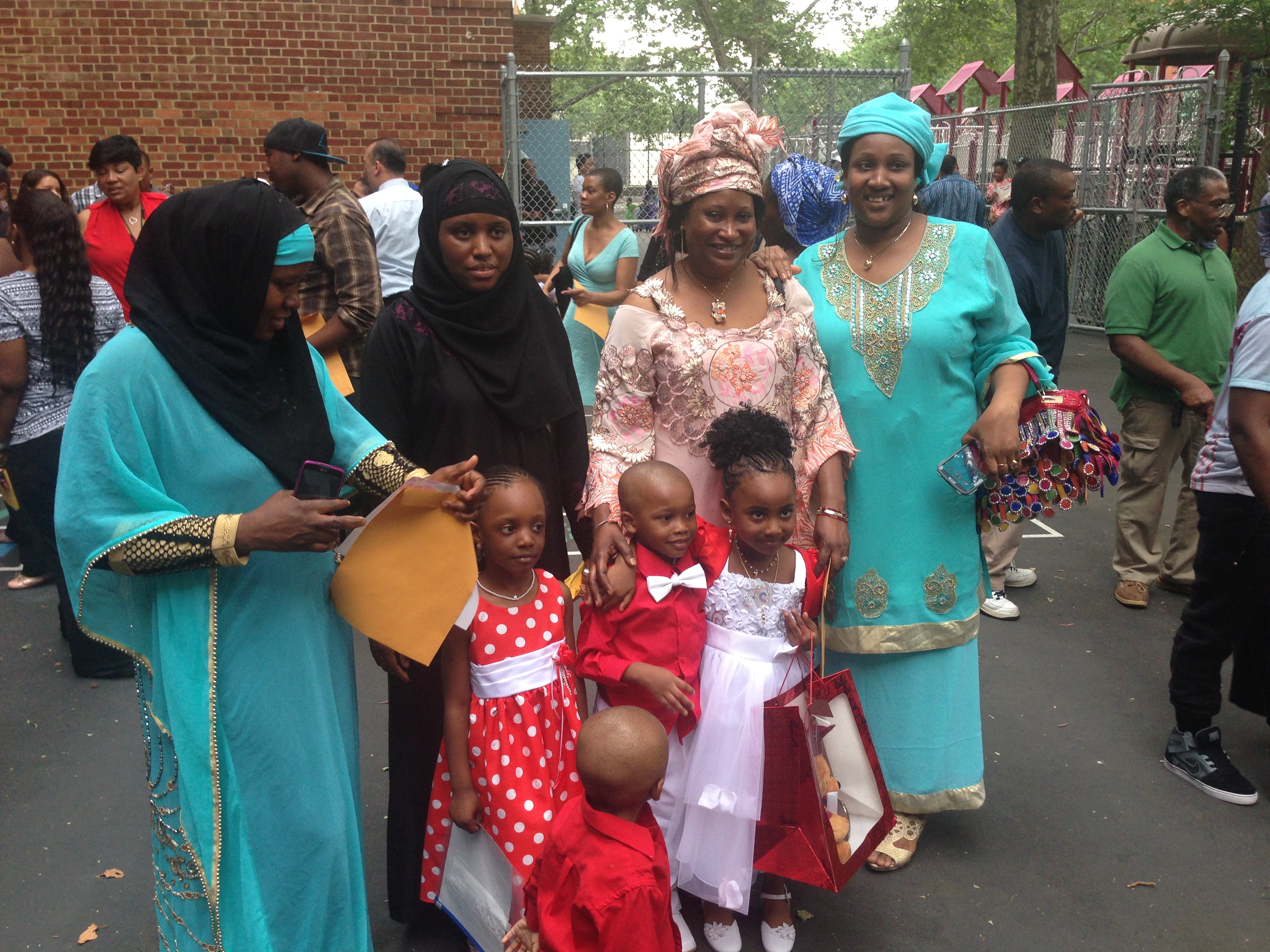 DLP programs the classes are half Francophone an half Anglophone. Children should be aged four turning 5 for the Kindergarten program. (PS. 3 is still awaiting approval for the DLP Pre K) Ms. Beecher informed me that it's open enrollment, so anyone can come! They are still looking for families. So if you can get your children here they will be welcomed with open arms. I'm sure this DLP program will be top notch in no time. Also the French Embassy has granted the program a $5,000 to acquire books, so I'm sure they'll be prepared for success.

About the French DLP at PS 3

Email Mr Mohney for inquiries about the French program