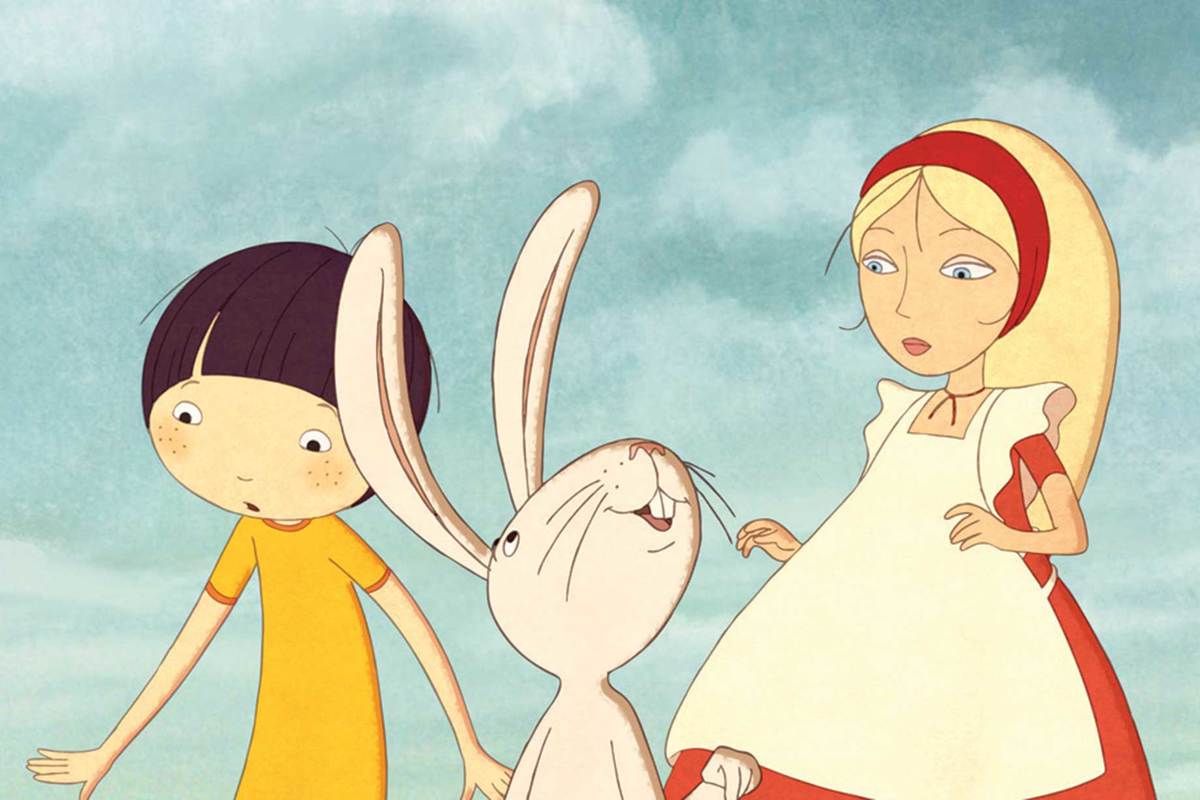 Based on a story by Anik Leray (released as a picture book in 2009).

Nat has fond memories of his eccentric Aunt Eleanor reading to him from her enormous collection of storybooks. But he is frustrated by his inability to read the books himself. He is less than thrilled when he learns that his aunt has left him the keys to her attic library as a gift. Yet, just as Nat’s parents are selling the collection to an antique dealer, he discovers that the library is magical, and all the famous characters come to life!