March is the month of Francophonie, and as French-speaking people and countries have seized this occasion to celebrate the French language and its many cultures with thousand of events around the globe, last week particularly stood out in New York with a brilliant soirée de la Francophonie at the United Nations and a remarkable participation of the French Heritage Language Program.

Francophonie honors its diversity, youth and creativity in New York 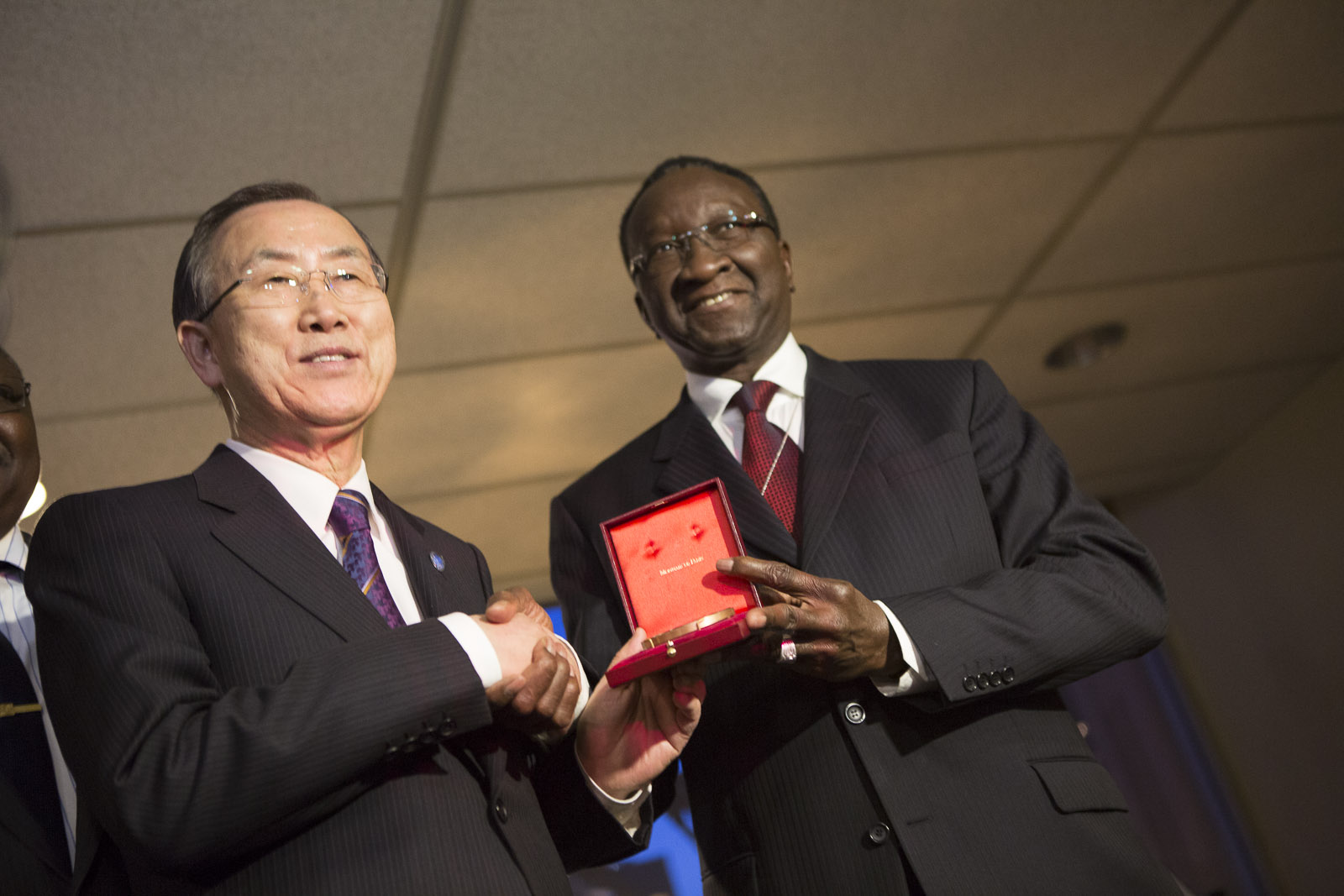 The great writer Maryse Condé was also summoned on stage for her outstanding career and contribution to French literature, her work on racial and cultural issues, and her unabated radical activism, particularly in defense of the feminist cause. 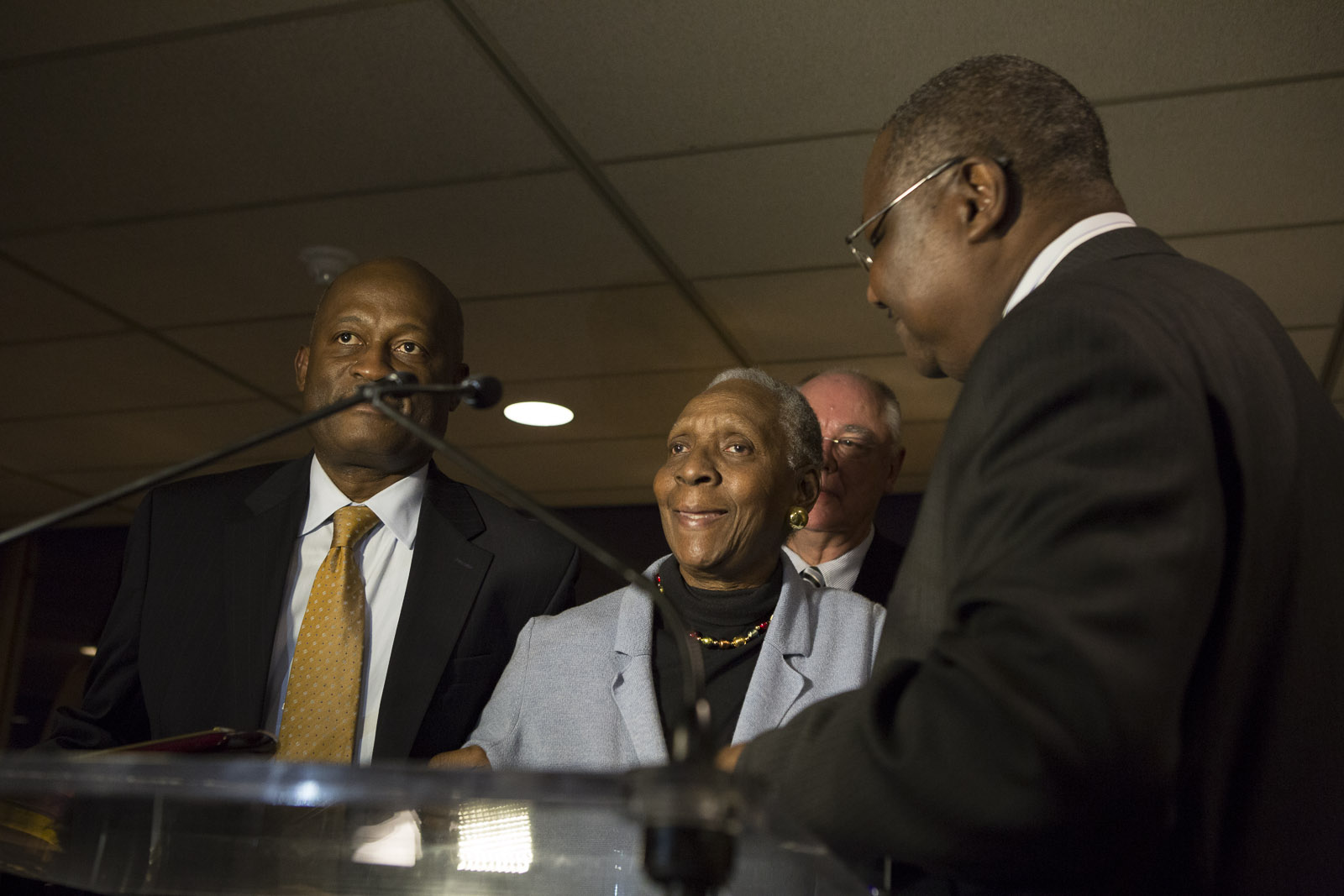 But as crowds rushed to approach the famous laureates, it was not without emotion and surprise that a young anonymous girl walked on stage to receive another award. Marline Nkounkou, 15, a young students from the International High School at Prospect Heights in Brooklyn, came in the limelight to receive the 1st prize of the writing contest “Sur les Traces d’Aimé Césaire”, from the hands of its honorable President of the Jury, Maryse Condé. Organised by the French Heritage Language Program during Black History month, the French contest drew hundreds of high school participants in New York and Florida, all recent immigrants from Africa and Haiti, who studied the great French poet of Negritude and the influence of his thinking today. Marline’s essay aptly paid tribute to Aimé Césaire, “Césaire helped black people be proud of their skin and African roots, his legacy stands next to that of Martin Luther King and Nelson Mandela”, but more importantly her writing carried the revolt and indignation that is so typical of Césaire’s work, denouncing the persistence of inequalities today, whether speaking of child slavery or abuse conducted against women in Africa. “Aimé, what would you think of a black man that uses his children to mount an army, that kills his brother and rapes his sister?”. Rather than violence, Marline called on solidarity and the power of language as the most efficient weapons to fight for one's rights today. 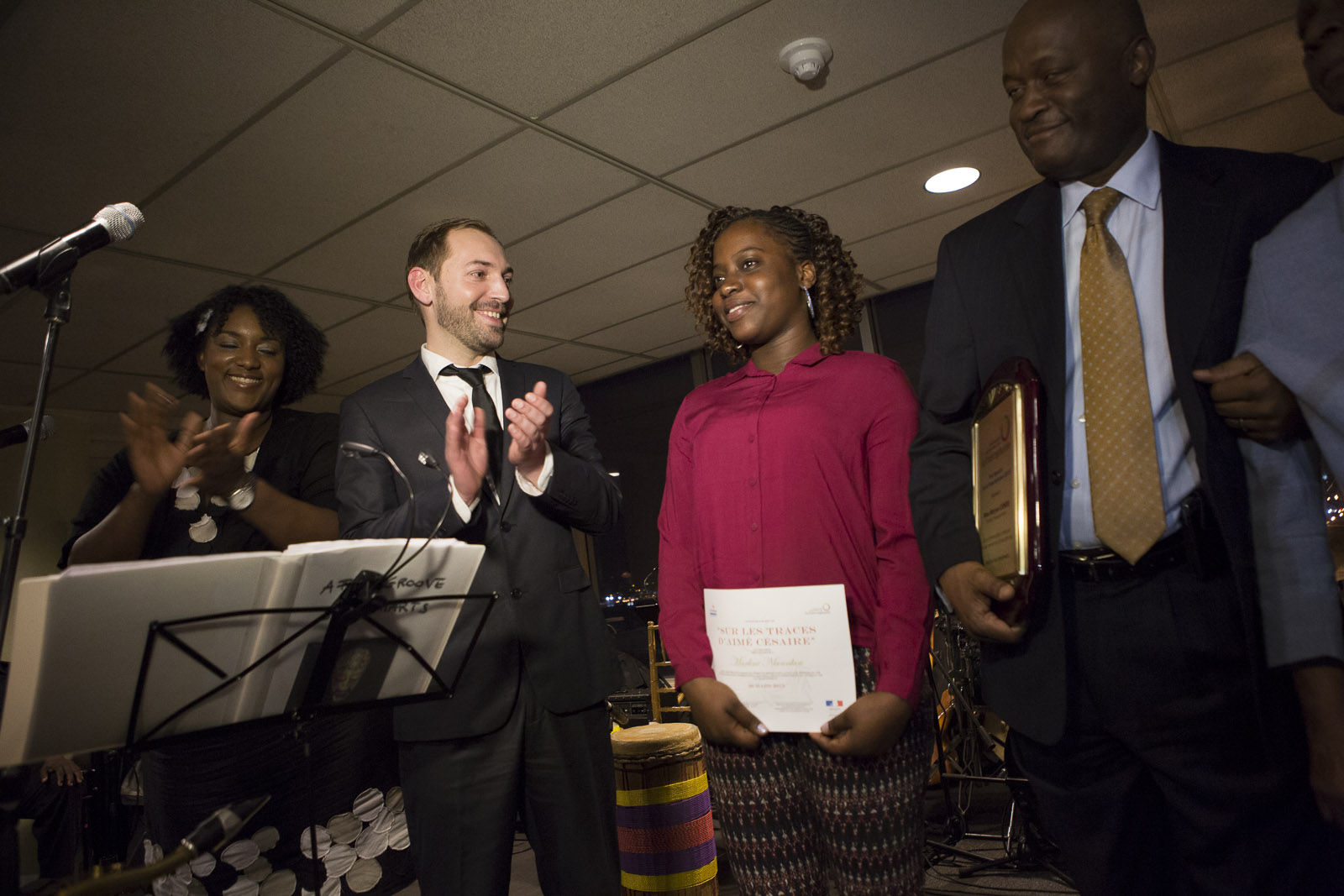 Marline thanked the Bureau de la Martinique for her prize, a trip to Martinique, as well as her teacher and the OIF. Walking down the stage she was able to shake hands with UN Secretary General Ban Ki Moon, an unexpected moment for this young African girl who is originally from the Congo-Brazzaville, and immigrated in the US just a year ago. 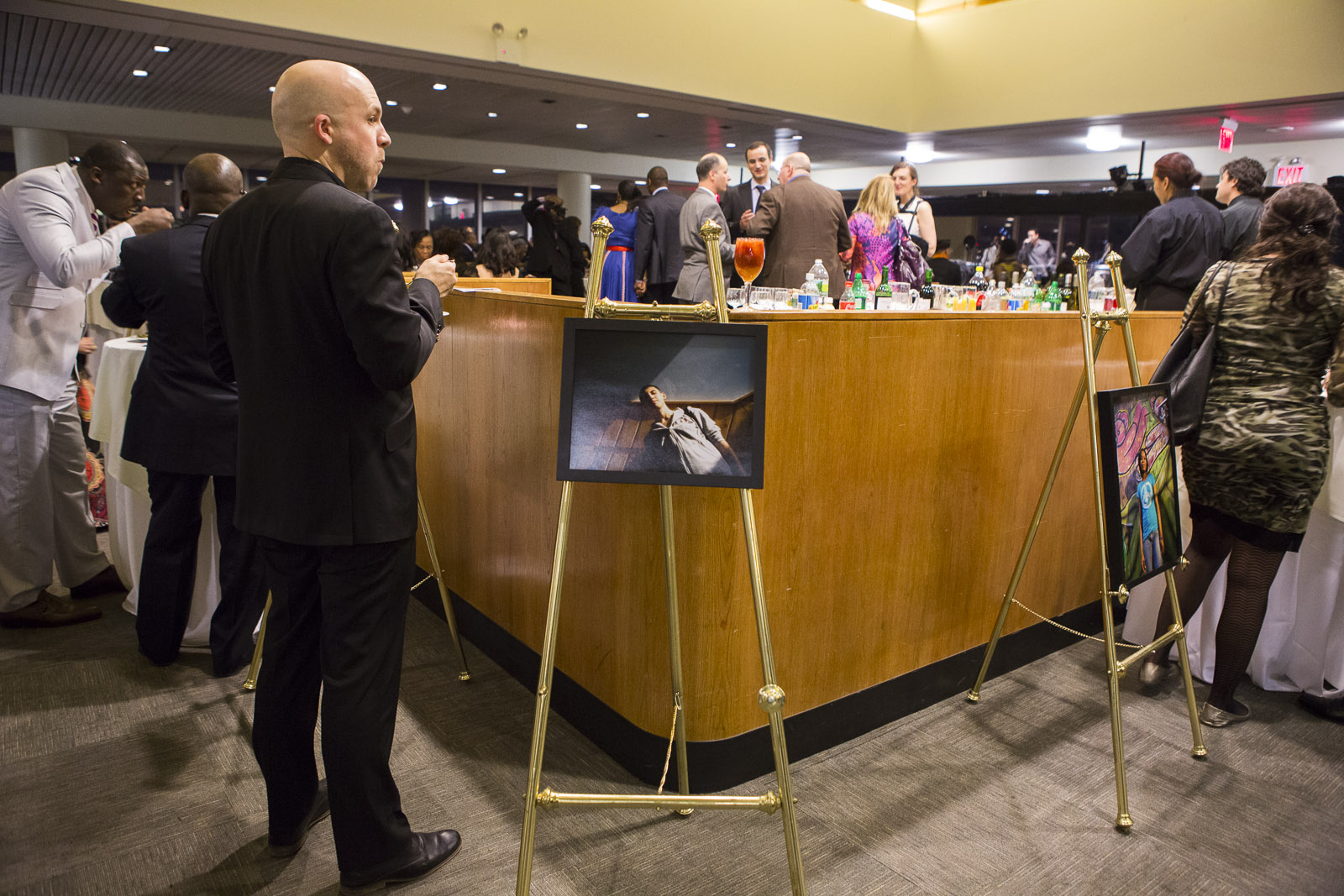 Throughout the night, guests of the soirée de la Francophonie were primed with the American debut of “Je suis Qui Je suis”, a photographic exhibition retracing the experiences and written correspondence of young immigrants from the French Heritage Language Program’s class at International Community High School in the Bronx and students from Jean Macé middle School in Mulhouse, France. Helped with New York photographer Emily Schiffer, these students engaged in a year of transatlantic exchanges to produce this original collection that will be next showcased at the Lycée Français de New York, during a conference on bilingualism on April 13. The exhibit will be visible until April 26. 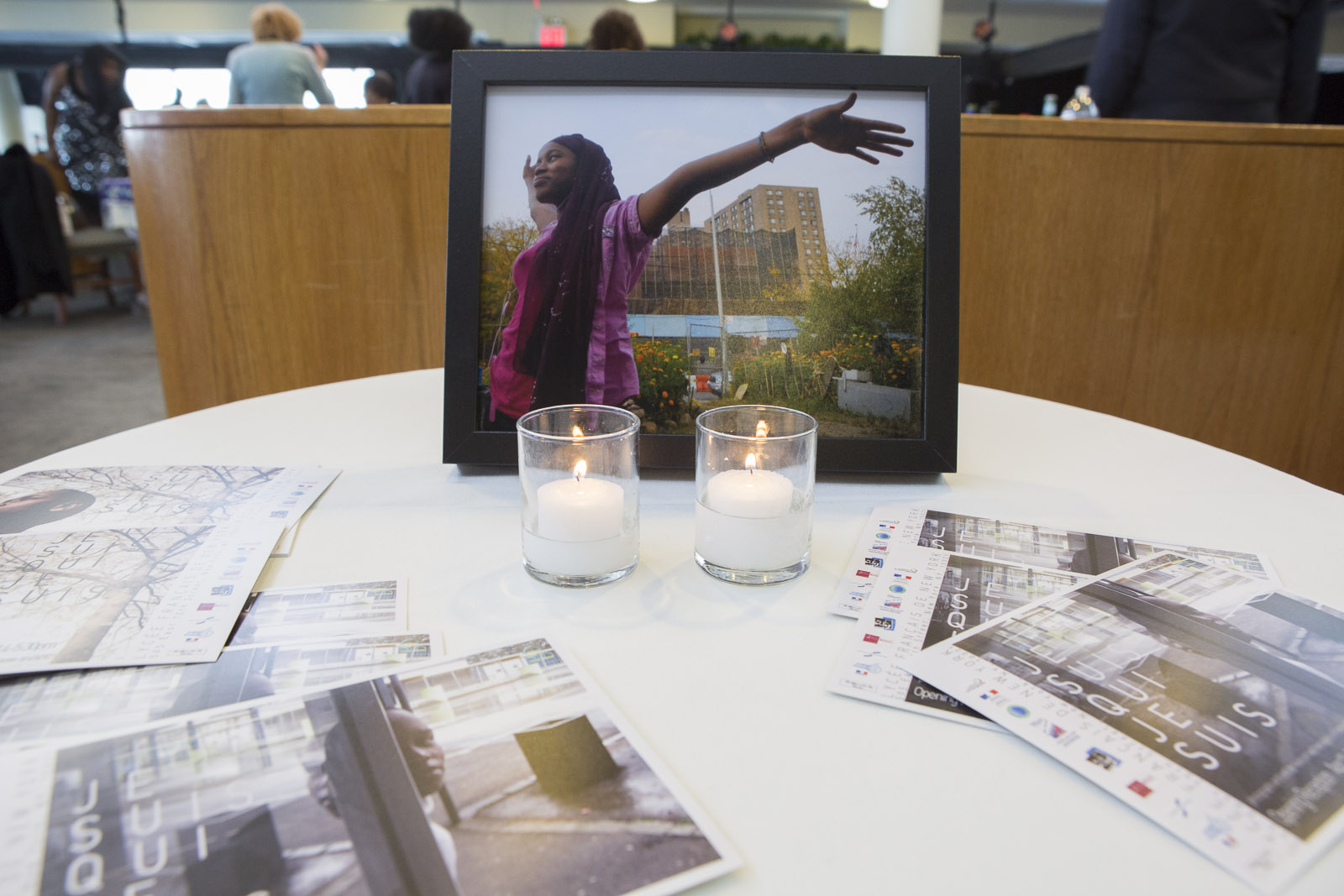 The exhibit was part of a strong cultural dimension keen on the OIF organizers, who wanted participants to live a real Francophone culinary, artistic and musical experience.

Also worth noting was the performance of young emerging jazz saxophone player Yacine Boulares, whose Afro groove collective band heated the night with beats of Bikutsi and other western and northern African rhythm in an original fusion of traditional music and avant-garde jazz.

Commemorating the victims of slavery with Aimé Césaire

On March 21, the Organisation Internationale de la Francophonie and the Bureau de la Martinique organized another memorable event during the International Day of Remembrance of the Victims  of Slavery and the Transatlantic Slave Trade. 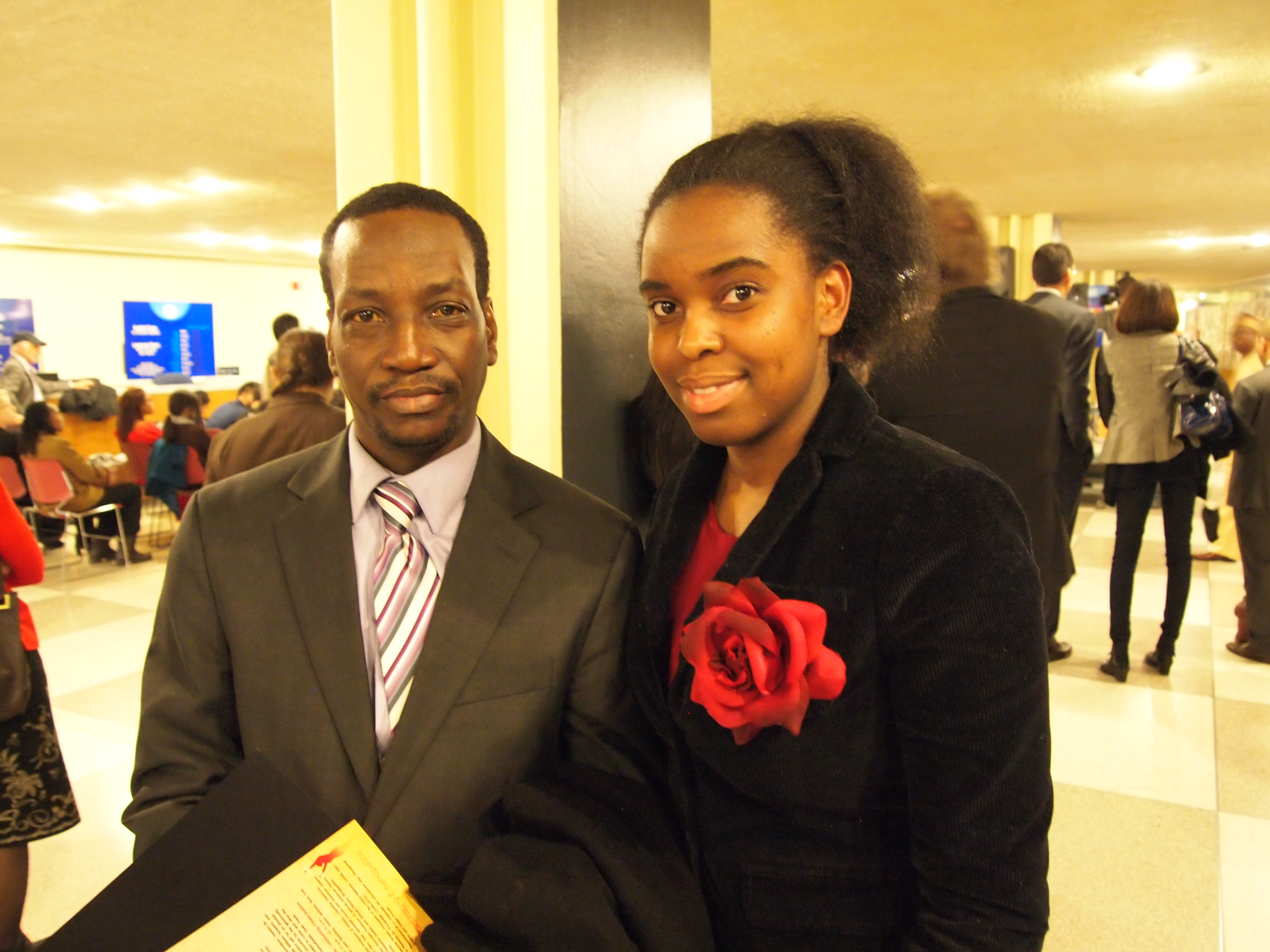 The event, which was held in the entrance hall of the United Nations, celebrated Aimé Césaire’s 100th birthday through a recital performed by members of the Bureau de la Martinique and one Haitian-American student from the French Heritage Language Program, Andgie Noel, who currently attends French classes through the church-based organization Haitian Americans in Action. 2013 is also the 150th anniversary of the Emancipation Proclamation in the United States, which declared that, on 1 January 1863, all persons held as slaves within any States, or designated part of the State, the people whereof shall be in rebellion against the United States, shall be then, thenceforward, and forever free.

French philosopher Françoise Vergès gave a vibrant speech to underline the relevance of Césaire’s thought today, and the need to better understand an author that has been too often overlooked and misunderstood.

Marline and Andgie are among the 200 students currently registered in a French Heritage Language Program in the Internationals Network for Public Schools or affiliated programs in New York. The program allows newly arrived French-speaking students to keep strong connections to their cultures and identity and make the most of their French here in the US. The objective is to help these students build or reinforce strong literacy skills in their heritage language so they can develop valuable bilingual skills that will facilitate their academic and professional integration in the United States. More than 700 students from elementary to high school levels benefit from these classes in New York, Florida, Maine and Massachusetts.

For more information about the French Heritage Language Program:

The French Heritage Language Program needs your support to maintain and expand French heritage language classes to reach more students each year across the United States. If you also want to get involved, DONATE NOW!