“It's striking how much emotion Satrapi is able to convey through these blocky drawings, which are simple but powerfully chosen.” –San Francisco Chronicle 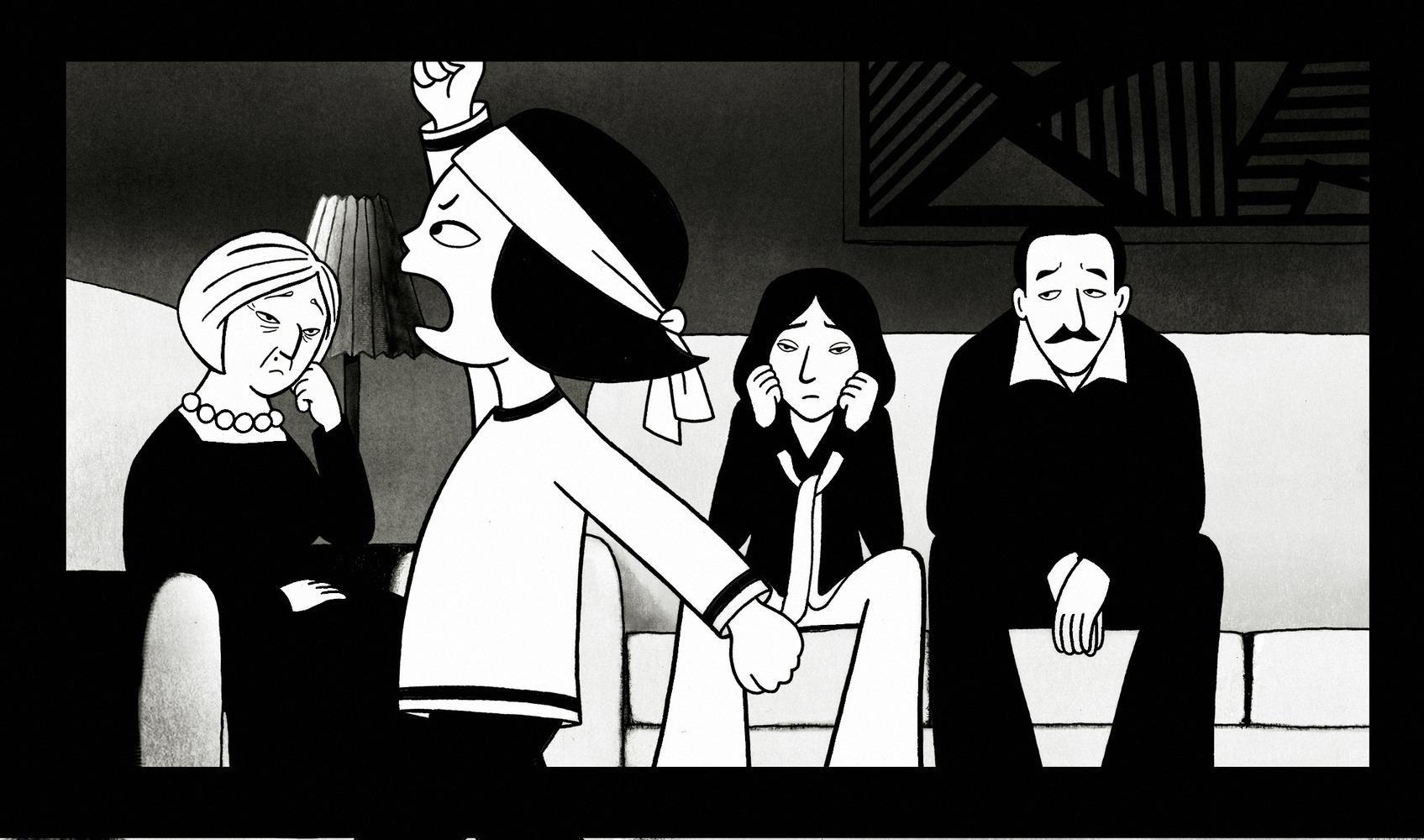 PERSEPOLIS
Directed by Marjane Satrapi and Vincent Paronnaud (2007)
Rated PG-13 | Animation-Drama | 95 min
With the voices of Chiara Mastroianni & Catherine Deneuve
Based on the graphic novel Persepolis by Marjane Satrapi, L’Association, 2000, France.
Persepolis, published in the United States by Random House, 2005.

A coming-of-age story told through the eyes of Marjane, a young Iranian girl growing up in Tehran and Vienna. She avidly follows the events that lead to the Iranian revolution and the downfall of the Shah's regime. With the establishment of the Islamic Republic, Marjane comes to see herself as a revolutionary…