For the launching of the 3rd edition and at the occasion of the 10th anniversary of the concept, The AAF Paris is celebrating by holding the event at Halle Freyssinet on May 27-30, 2010.

Since its first edition in 2008, the Paris edition of this contemporary art fair has attracted more than 15,000 visitors and included more than 100 French and foreign galleries.

The AAF was created in London in 1999 and has been a success ever since thanks to its daring and innovative concept : give birth to a new generation of collectors by creating the ideal conditions to foster the desire to buy artwork. In Paris, over two years, 4,000 visitors have bought works valued around 3 million euros!

The AAF is hosted in 9 cities throughout the world : from New-York to Sydney, passing through London, Paris, Amsterdam, Bristol, Brussels, Singapore and Melbourne. Since its inception, the AAF has organised 52 fairs, gathering 700 galleries annually, and exhibiting thousands of artists. Over the 10 years, 200,000 of the 600.000 visitors have bought artwork at the AAF for global sum of 130 million euros.

Wednesday : Preview on invitation from 6pm to 10pm.

Free entrance for children under 18. 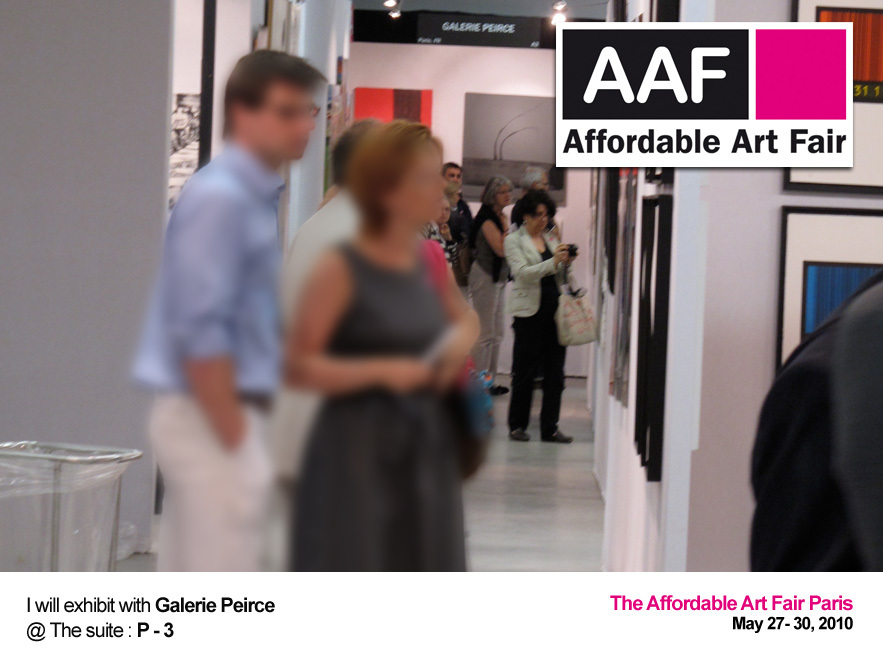