I'll be speaking about my experiences (not) learning French and my new book, Flirting with French, at FIAF this Thursday evening at 7 pm. Afterwards, I'll be signing books and chatting. Come join us -- it's free!

This Sunday's New York Times Book Review has a colorful (and nice) review of my book, "Flirting with French," under the headline "Old Dog, New Trick." Some excerpts:

In his new book, “Flirting With French: How a Language Charmed Me, Seduced Me and Nearly Broke My Heart,” he deals with a lot of pangs, yearnings and fears that readers, especially those around his age — 57 when he set out to learn French — can identify with. How old is too old to learn something new? Is there anything to be done about a memory that’s beginning to sputter?

Bon courage, mes amis. As Alexander discovers, French is the least of it when you’ve reached late middle age.

...
He throws himself into learning to speak French with Gérard Depardieu-like gusto in a George ­Plimpton-like stunt, toiling over Rosetta Stone, enrolling in immersion classes, joining a conversational group, writing to a pen pal, papering his kitchen with vocabulary-boosting Post-it notes.
...

But he never gives up. He hurls himself at French again and again almost like a cartoon character who, smacking up against a slammed door, slides to the floor in a puddle of humiliation. His wife, meanwhile, a doctor who has never studied French, turns out to be a natural, able to navigate serenely through brief encounters on the vacation they take in Normandy and Provence.

I did feel a bit like Wile E. Coyote during much of the time I was studying French... At some point during my 13 months of studying French I heard that listening to French music is an effective technique for learning the language. How'd that work out for me? The results may surprise you. Read my post on the wonderful music blog Largehearted Boy.

The piece also features my French playlist, which includes francophone musicians from 3 continents. But, please, hold your vitriol about Carlo Bruni's musical talents. Or not...

Finally, a book about the experience of trying to learn French as an adult!

Hope it's good  (because I wrote it).

Flirting with French hit the bookstores yesterday, 4 years after I tackled my lifelong goal of learning French. In addition to telling my story, I explore such topics as why it's so difficult for adults to learn a language; what's holding up the general availability of Captain Kirk's universal translator, and the puzzles of gender and when to use vous and tu.

I'll be discussing the book at FIAF on October 30

Excerpts from some early reviews:

"A charming memoir by a passionate Francophile" - Kirkus Reviews

"A great book, and not just for Francophiles, but for anyone learning a new language." - The Novel World.

Flirting with French is available at your local bookstore, or click on this link to order from your favorite online retailer. 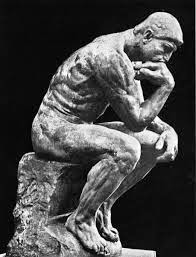 Well, this explains a lot: A team of neuroscientists at MIT have published a study that suggests that trying harder to learn a foreign language can actually impede progress(!) That's right, the slacker in the baseball cap slouching in his seat in the back of the class of French class who's not even bothering to conceal his earbuds may be absorbing more then you, the diligent concentrator in the front row.

The researchers theorize that this is because (and I'm broadly paraphrasing here) our adult brains, in trying to take in too much, miss the big picture. But if you let yourself get a little distracted during lessons, you pick up more.

This "less is more" theory is not new, and in fact I discuss it at some length with one its proponents, neurolinguist Elissa Newport, in my new book Flirting with French, as well as in a recent op-ed in the NY Times, but this is the first time that scientists have tested the theory (using an artificial language) in a controlled environment.

For more details, there's a nice summary in Science Daily. 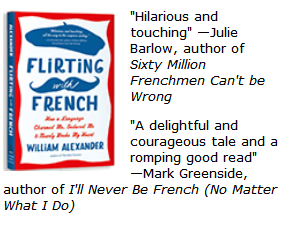 I received an e-mail yesterday from a Frenchwoman which ended with the salutation, Bon dimanche! And I thought, that's a first -- no one has ever wished me a "good Sunday." But once thing I've noticed (and like) about the French, they are always wishing you a bon something or other.

When you enter a shop you are greeted with bonjour; when you leave it, bonne journée. In the afternoon, you may be wished a bon après-midi or its more loquacious cousin, passez un bon après-midi. Late in the afternoon, come some magical time that only the French know, bonjour becomes bonsoir when you come and bonne soirée when you go. In between, at dinner, you may be wished bon appétit before you eat and bonne continuation during. At the end of the meal, the waiter might wish you a bonne fin de repas or even (and this one is a little too clinical for my taste) a bonne fin de digestion.

My favorite, though is bon courage!, sometimes shortened to just Courage! which, depending on the situation, can apparently mean anything from “have a nice day no matter what may come” to an ominous “good luck,” sometimes with a nuance of “good luck, pal — you’re going to need it!” I suspect in my case, particularly when I trying to speak French, it’s usually the last. And I do need it.

The LA Times thought it might be fun to run my light-hearted take on when to use tu and vous, excerpted from my about-to-be-released memoir Flirting with French, but when the piece got picked up by Le Monde, it went viral in France, garnering over 30,000 Facebook links in one day, with Le Monde (and many of the comments) taking it all quite seriously!

Serves me right for mucking about with the French language, I guess. But I think I did get most of it right. You can see the original chart here and francophones can see Le Monde's treatment of it here.