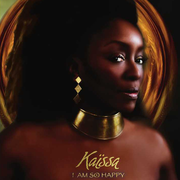 New York based African Singer and songwriter. More than music. Delivering the magic of Kaissa’s voice is only the start for this remarkable artist. Hailing from the Republic of Cameroon and its vibrant culture, Kaissa has become an unmistakable representative of African music to the planet. An aural artisan whose music paints a lush, vivid picture of the ever-changing world around her, Kaissa’s voice simultaneously showcases warmth, appreciation, struggle and resilience – delivered via striking performances that are full of light. Kaissa’s origins in an artistic land were reinforced by her equally artistic family. Her mother was a seamstress, her father was a writer, and her siblings could have banded together themselves with their talents on bass, guitar, vocals, dance and painting. In the 1970’s, the arrest of Kaissa’s father for having written a “subversive” book against the new Cameroonian government would prove pivotal, paving the way for her obsession with justice -- and an equal distaste for the political machine. “My father’s jailing was a life-changing experience,” Kaissa recalls. “I felt the fragility of life itself. I understood that art is a healing thing, and that I have a responsibility to sing about all facets of life because all forms of injustice matter and we as artists can initiate the change." Now, with the release of her first album, “Looking There” under her belt, the NYC-based Kaissa’s upcoming record balances her humanitarian outlook with exuberant messages of joy, love, hope, optimism and celebration. Holding it all together is the emotional focus of her stunningly beautiful, powerful, yet silky voice. “I realized a long time ago that my purpose in life is to use my talent for the struggle against racism, sexism, homophobia, poverty and all other forms of social and internalized oppressions,” she says. “As a musician, I continuously strive to use my talents to not only entertain, but also educate and rejuvenate the community by bringing a message of love, peace and happiness to as many lives as I can through my words and music -- and my dedication to both.” The organizations she’s joined up with take on some of the toughest problems on the planet: She is Action Against Hunger’s Advisory Council member, one of her songs will be featured on the 2011 music CD compilation of WHOA on ending Female Genital Mutilation (FGM ). Many of Kaissa’s new songs and their meaningful subject matter bear out her commitment. “Baka” examines the Baka people – whose glorious music and culture made its mark on Kaissa – and their plights and sufferings. “Lonon” is dedicated to the forgotten, abandoned and "war soldiers" children of the world, as “Eyala” takes on poverty and corruption with the wisdom of our elders. Meanwhile, songs like “Mamelodi” and “I Am So Happy” are a look at love and its enduring power. “Makossa” is Kaissa’s invitation to us all to dance to her musical Sawa heritage, and to simply enjoy the music. Outside the studio, Kaissa’s star keeps rising with appearances from Paris to Yaounde via Warsaw and back to NYC -- all part of a rich career that has seen Kaissa collaborating or performing with the likes of Manu Dibango, Salif Keita, Jean-Michel Jarre, Cesaria Evora, Martha Wash, David Byrne, and Diana Ross. Her performances were highlighted by a personal invitation from Paul Simon to sing his songs for his Brooklyn Academy of Music “Love in Hard Times Career Retrospective” – an honor she shared along with Milton Nascimento, David Byrne, Ladysmith Black Mambozo, The Roches, Olu Dara, and Grizzly Bear, accompanied by the master songwriter himself on guitar. “It was an unforgettable experience.” With her music and a mindset that speaking out really does matter, Kaissa is on track to make a difference to people, in more ways than one. She explains simply: “I like to say this: The world is a village -- our village -- and we can better it. Together.” -- David Weiss