French Music and all that jazz!

3
From the oldies to the Nouvelle Vague...
Tell us more about the French music you've liked, discovered;
the concerts you're attending and any info linked to this subject...
As long as it put rythm into our lives!
117 Members
Join Us!

First Previous of 8 Next
This reply was deleted.

Hello everyone!I'm Céline from Taste of France and we are organizing a major two-days event in September called Taste of France Show aiming to promote France in all its aspects.We would like to have an area dedicated to Francophone hip-hop culture. Do you know if there is a francophone hip-hop artist living in New York (or near the area)? All francophone-american hip-hop artists are welcome!Let us know if are thinking to special artists or if you would like to be yourself involved in this… 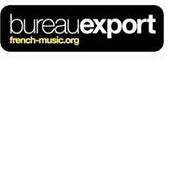 The French Bureau Export with the support of the Cultural Services of the French Embassy presents:FRANCE ROCKS PARTYJune 22, 2011, 7pm @ HIRO BALLROOM371 West 16th Street, New York, NY 10011Free Wine before 8pm + free goodiesFree with RSVPFeatured artists:LOUIS BERTIGNAC (MY MAJOR)Louis Bertignac made a name for himself on the international music scene as guitarist with the legendary French rock group Téléphone. If, in the 70′s and 80′s, Téléphone were the French equivalent of The Rolling…

The French Bureau Export with the support of the Cultural Services of the French Embassy presents:Fête de la MusiqueJune 21, 2011with the support of Sud de France and IntervalFree with RSVP LA FETE DE LA MUSIQUE / MAKE MUSIC NY: “The largest music event ever to grace Gotham”.Make Music New York began as La Fête de la musique in Paris in the 80’s.  The free outdoor music fest has met with such success that it now takes place in countless cities worldwide during the summer solstice.  This year,…