First Previous of 3 Next
This reply was deleted.
E-mail me when people leave their comments –
Follow 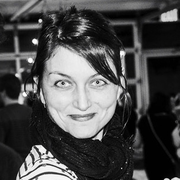 Dear Francophone teachers and friends,   Many of you have expressed great interest in teaching in French dual language programs.  We wish to announce that the faculty at Hunter College School of Education plans to add a French track to its Bilingual Education programs.    Based in New York City, Hunter College has offered the Master’s in Bilingual Education for Spanish-speaking teacher-candidates since 1983, as well an a bilingual extension for those who already hold New York State teacher…

Job Opening: French Bilingual Elementary Teacher PS 58 The Carroll School, in Carroll Gardens, Brooklyn, is seeking a highly qualified fluent French-speaking teacher for the 2011-2012 academic year.  PS 58 started a French dual language program in September 2007 with 24 students.  The program has since expanded as a result of its success and growing demand from French-speaking families in the neighborhood. Thanks to the support of Education française à New York and Les services culturels de…

Middle Country School District has abruptly decided to eliminate its French Program.   We found out about these cuts by reading Sunday’s Newsday (2/6/11).http://www.newsday.com/long-island/education/state-number-of-failin...  We need your help to let them know how valuable French is in the world and to ask them to reconsider cutting the program.   The French program at Middle Country has a consistent record of !00% passing on the Regents.  For a school that is on the list of failing schools,…